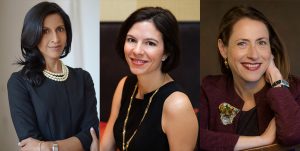 If history is a guide, fewer of your CEOs are equipped to deliver on your investment thesis than you think.

In a Bain study of PE deals a few years ago, nearly half the sponsors changed their CEOs during the life of deals and 60% were unplanned. Time and again, we see sponsors drawn to CEOs for the wrong reasons, including likability, pedigrees and big personalities.

Our 10-year research study for our upcoming book The CEO Next Door analyzed more than 2,600 leaders in depth. We uncovered that many of the attributes that make CEOs look attractive have no correlation to performance. For example, highly confident candidates are twice as likely to get hired but demonstrate no advantage in performance.

More important, we identified four leadership behaviors that are statistically associated with higher performing CEOs. Below we offer some tips on how to know it when you see it:

CEOs who shine for deciding with speed over precision are 12x more likely to succeed than other CEOs. This matters even more in PE where the IRR clock starts ticking on day one.

What to look for: Does your CEO have three to five key priorities or a laundry list? Can he act despite ambiguity or constantly need more data? Does she delegate the right decisions down or become a bottleneck?

CEOs who stand out for adapting boldly are 7x more likely to succeed than other CEOs, and not just in fast-growth industries.

We recently helped the PE sponsors of an $800 million services company select a new CEO.

They had given the COO a battlefield promotion when the prior CEO left. It felt like a safe choice and he kept the trains running for the first 12 months. But he lacked deep antennas with the customer, and the company quickly lost share as the market changed.

What to look for: Is your CEO spending time in the market with customers to anticipate opportunities and threats? Does your CEO learn from mistakes and adjust his or her approach?

CEOs who spike for delivering reliably are fully 15x more likely to succeed than other CEOs.

Establishing rhythms, consistency, and accountability is especially critical to scaling when success means doubling (or more) EBITDA in three to five years.

Even in founder-led businesses, winning CEOs will recognize when they need to hire for this (be it a COO, an operational CFO, or a head of sales who can build this into their commercial engine).

What to look for: Does your CEO put the team’s goals on paper, hold them accountable and predictably hit their commitments? Does your CEO get to root causes when things go wrong, or is the team constantly fighting similar fires?

Finally, CEOs who engage for impact rather than being liked are twice as likely to succeed as other CEOs. This requires a proactive handle on key stakeholders, e.g., customers, suppliers, team, lenders, and you as the sponsor.

We looked at a subset of PE CEOs who were fired and a leading cause was friction with the board (typically a lack of alignment or struggling with your pace and scrutiny).

What to look for: Does your CEO understand the needs and agendas of his/her stakeholders, including you?  Do the leaders on your CEO’s team feel comfortable or feel urgency?

Next time you are looking to hire or back a CEO, we hope you will ask yourself some of these questions.  You — and your LPs — will be the better for it.

Sapna Sadarangani Werner (sswerner@ghsmart.com) (left) is a New York-based principal at ghSMART and works closely with PE investors to select the right CEOs and accelerate their performance.

Kim Rosenkoetter Powell (kpowell@ghsmart.com) (center) is a principal at ghSMART and a co-leader of the CEO Genome Project. She is also a co-author of the forthcoming book The CEO Next Door (Crown Publishing, 2018).

Elena Lytkina Botelho (elbotelho@ghsmart.com) is a partner at ghSMART, a leadership advisory firm. She is also the founder of the CEO Genome Project and a co-author of the forthcoming book The CEO Next Door (Crown Publishing, 2018).