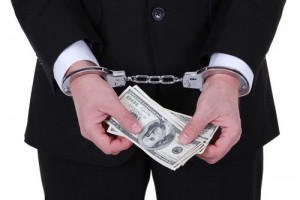 (Reuters) — A former managing principal at financial services firm Park Hill Group was arrested on charges that he engaged in a $95 million scheme to defraud investors, U.S. prosecutors said Monday.

Andrew Caspersen, who had worked at the PJT Partners Inc unit since 2013, was named in a criminal complaint filed in federal court in Manhattan, charging him with securities fraud and wire fraud.

The U.S. Securities and Exchange Commission filed a parallel civil lawsuit, accusing Caspersen of engaging in the fraud using a shell company he controlled whose name was deceptively similar to that of an Irving Place Capital private equity fund.

PJT in a statement said it was “stunned and outraged to learn of the fraudulent circumvention and violation of the firm’s compliance policies and ethical standards” by Caspersen.

The company said it had cooperated with the investigation and fired Caspersen for cause.

Caspersen, 39, was arrested on Saturday and is expected to appear in federal court later on Monday. His lawyer did not immediately respond to a request for comment.

Prosecutors said that beginning in July 2015, Caspersen fraudulently solicited investments by falsely claiming he had authority to conduct deals on behalf of his employer with another private equity fund.

Authorities said Caspersen obtained $25 million from a foundation affiliated with a New York hedge fund and one of the fund’s employees claiming their investment would be secured by $900 million of assets of Irving Place Capital Partners III SPV.

Instead, Caspersen took control of the funds for his own use, trading securities in his personal brokerage account, and largely lost the money due to aggressive options trading, prosecutors said.

Shortly before his arrest, Caspersen sought another $20 million from the same foundation and $50 million from another New York private equity firm, prosecutors said.