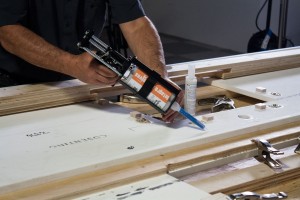 IPS Corp, a Compton, Calif.-based producer of specialty adhesives, solvent cements, and specialized plumbing products, has acquired Integra Adhesives from its founder Doug Turner and other shareholders. No financial terms were released. Based in Abbotsford, British Columbia, Integra is a maker of adhesives for solid surfaces, engineered stone and composites. It is the fifth acquisition made by IPS since it became a portfolio company of U.S. private equity firm Nautic Partners in early 2015. Last November, IPS bought the solvent cement assets of Canada’s Schwartz Chemical Corp.

Compton, CA – IPS Corporation (“IPS”), a global manufacturer of specialty adhesives, solvent cements, and specialized plumbing products based in Compton, CA, announced today that it has acquired Integra Adhesives (“Integra”) from its founder and President, Doug Turner, and its other shareholders. IPS is a portfolio company of Nautic Partners VII, L.P. and Nautic Partners VII-A, L.P. (collectively, “Nautic VII”), which partnered with management to acquire IPS in February 2015.

Headquartered in Abbotsford, British Columbia, Integra is a leading innovator and manufacturer of specialty adhesives used to permanently bind engineered stone, natural stone, quartz, and solid-surface building products and interior finishes such as countertops. Its products are largely methacrylate, epoxy, and polyurethane-based. Integra’s business has grown rapidly over the past five years, driven by its market leadership position and by the increasing use of engineered stone for countertops due to its attractiveness, durability, and stain resistance.

Integra is the 5th acquisition IPS has completed since it became a Nautic VII portfolio company in February 2015. Integra has joined IPS’ SCIGRIP division, which is itself a market leader in methacrylate-based specialty adhesives for countertop materials, boat/marine components, outdoor signs and in-store trade displays.

Tracy Bilbrough, CEO of IPS, said, “We have tremendous respect for Integra and for Doug Turner, who has built Integra’s #1 position in engineered-stone adhesives through constant innovation and an unwavering commitment to product quality and customer service – both of which are values central to our own philosophy at IPS.”

John Reeves, President of the SCIGRIP division of IPS, said, “We are excited to welcome Integra into the IPS family and to continue Integra’s tradition of excellence in quality, R&D, and service. Having joined forces with Integra, we will be even better positioned to serve our valued customers and improve our product offerings to the marketplace for structural and specialty adhesives.”