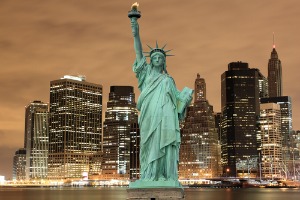 Vicki Fuller, an executive at Alliance Bernstein, was tapped to be chief investment officer of the $150 billion New York State Common Retirement Fund, the nation’s third largest pension fund. She is due to start on Aug. 30, and her annual salary for running a pool of money larger than the annual output of New Zealand: $300,000.

Fuller replaces Raudline Etienne, who announced she was leaving last September to take a position at the Albright Stonebridge Group, a consulting firm co-founded by the former secretary of state, Madeleine Albright.

In an interview with Buyouts, the 55-year old Fuller said her main aim is “to figure out how to make a good pension better. There is nothing broken here.” She said she had no immediate plans to make changes and said that in her first 100 days she wanted to spend a lot of time with her new investment team.

Fuller’s hiring was announced by Thomas DiNapoli, the New York state comptroller, the pension system’s sole fiduciary.  “I am thrilled to have an executive of Vicki’s caliber lead our team of investment professionals,” DiNapoli said in a prepared statement.  “Her 30 years of investment experience will be extremely beneficial in these volatile economic times.”

Last October, DiNapoli told Buyouts, peHUB’s sister magazine, that a “fundamental requirement (of the job), from my point of view, is a sense of ethics because of the recent history here,” referring to the pay-to-pay scandal involving DiNapoli’s predecessor, Alan Hevesi, who is now in prison.

For the last seven years at Alliance Bernstein, Fuller developed investment strategies for large public pensions, including the Florida State Board of Administration, the Maryland State Retirement and Pension System, the Illinois Teachers’ Retirement System and the North Carolina State Treasury, which runs that state’s pension plan. As part of her duties, she also headed a high-yield group and managed a portfolio that included more than $10 billion in bank loans, high yield debt, and emerging debt.

Fuller emphasized that she was fine with her annual compensation of $300,000 and that she does not feel that the comparatively low compensation that senior pension investment staff earn relative to the private sector means that New York Common has any difficulty in attracting or retaining top-notch talent. “I’m impressed with the high caliber of the staff here,” she said, and their dedication can be seen “by their long tenures and their contributions to the plan.”

Fuller is a certified public accountant who earned an MBA at the University of Chicago. She was named one of the most powerful African Americans on Wall Street by Black Enterprise magazine.

She said most of her time will be spent at the pension’s New York City offices, but she will travel to Albany, the state capital, at least once a week.

The New York State Common Retirement Fund is responsible for the retirement assets of more than one million employees and retirees from New York state and local governments.