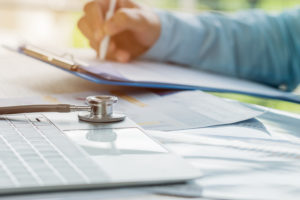 A little more than a year ago I wrote that longtime healthcare executive Jim Momtazee departed from KKR. This week, the investor formally announced the launch of his firm, Patient Square Capital. Not surprisingly, the new firm will focus on investments in healthcare-related companies.

It’s not clear when Patient Square will launch its debut pool; however, the vehicle could ultimately target $2 billion or more, my colleague Chris Witkowsky wrote over at Buyouts.

Elsewhere, there’s a bit of a new animal of its kind.

“About a year-and-a-half ago somebody said ‘why don’t you just do this on your own?’ And that was the impetus,” said Nemzoff, co-founder of Nemzoff & Co, an M&A consultancy known for its work advising non-profit healthcare systems. “Because of my background, I’ve seen every structure you can imagine. I know what works and what doesn’t work.”

Nemzoff, CEO of the newly formed StoneBridge Healthcare, is joined by a leadership team comprising other longtime dealmakers and industry veterans including former executives of hospital giant Tenet Healthcare.

StoneBridge plans to differentiate by focusing on the many distressed acute care hospitals in suburban and urban markets that need assistance – versus smaller rural hospital networks in which many consolidators have focused.

The turnaround venture hasn’t raised a traditional fund, although Nemzoff said that was the original idea. Rather, StoneBridge lined up $500 million in committed capital from Oaktree Capital Management, plus commitments from Medical Properties Trust, a healthcare-focused real estate investment trust, as well as additional debt and equity sources. That said, there is no cap on the capital that Oaktree, MPT or its debt financing partners are able to commit.

Top Scoops
Precision Medical Group, which helps pharma and life science companies develop and bring new products to market, is up for sale, according to multiple sources familiar with the matter. The process comes after Berkshire and TPG Growth in 2017 co-led a $275 million investment in Precision.

Read my full story on Precision for price expectations and more.

Precision joins other situations in the pharma outsourcing services universe that have restarted after a pause. Among those, Linden Capital Partners in June formally relaunched its sale process for ProPharma Group.

Fighting covid-19: I also got the chance to catch up with Joe Bernardo, operating partner at Linden.

In one of the first private-public partnerships of its kind, Bernardo is helping steer a recently launched national testing registry to tackle many questions around covid-19 supply and demand imbalances.

At its core, the AdvaMed (the Advanced Medical Technology Association) registry was built as a means to streamline communication and data sharing on testing between diagnostic companies and the multiple levels of government – ultimately fueling greater coordination in covid-19 responses. Check it out.

That’s it for me today. As always, reach me at springle@buyoutsinsider.com with any feedback, tips or just to say hello.