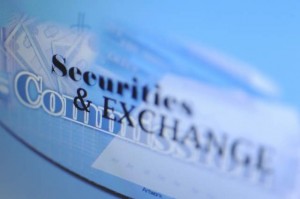 Someone had to do it first.

Weeks ago, the Securities and Exchange Commission implemented rules to lift the decades-old ban on general solicitation for private investments. Up to now, established venture firms have kept mum about fundraising plans.

Even for an industry built on the principle of massive disruption, it seems, old habits die hard.

Today, however, the partners at ff Venture Capital are breaking with the status quo and announcing publicly that they are in the market for a new fund. In a blog post on the firm website, John Frankel, founding partner,said the firm is making this move to aid in fundraising and to instigate a bit of much-needed change.

“The ban has long hindered funds and firms from letting anyone know that they are raising capital, and from sharing their historical performance, infrastructure, and capabilities. As a result, capital has flowed to players with brand and ego, based on tales around pretty much anything other than return on capital (or even return of capital),” Frankel wrote.

He continued: “We believe that this must change. Someone has to be willing to be the first firm to step forward and be willing to share performance data, publicly announce that they are open to new investors (albeit only accredited investors) and share their story.”

The firm, which invests in early-stage Internet and technology companies, is seeking capital for its third fund, ff Rose Venture Capital Fund, with a target of $50 million to $70 million. The New York-based firm raised $27 million for its last fund, ff Silver Venture Capital Fund, which closed in 2011, according to Thomson Reuters (publisher of VCJ).

In the post, Frankel said that ff has “consistently generated a gross IRR on invested capital in excess of 30%” and invited accredited investors to email for more details.

Photo: A U.S. Securities and Exchange Commission graphic appears on a computer screen at the SEC headquarters in Washington, D.C. REUTERS/Jonathan Ernst