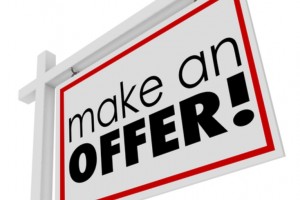 For the most sought-after private equity funds on the secondary market raised in the past few years, pricing has risen into premium levels, according to a new pricing study from secondaries intermediary Setter Capital.

This is a reflection of the frothy pricing environment on the secondary (and general market) today, and is just another reminder that today’s secondary market is a prime seller environment.

Setter released its first-half secondary pricing study Setter Capital Secondary Pricing – H1 2014, which shows that for vintages from 2010 to 2013 of the 50 most sought-after U.S. buyout funds, average pricing comes in around 107 percent of net asset value, with a dispersion rate from 95 percent to 115 percent of NAV. Funds in that grouping include some of the biggest name funds in the market like The Blackstone Group and The Carlyle Group.

(In this case, average pricing is the average top bids based off of Dec. 31, 2013 NAV. The dispersion is the range of top bids for each fund within the specific categories, taking out the bottom 10 percent and top 5 percent of prices.)

The most-sought after funds, based on Setter’s ‘liquidity ranking,’ do command higher premiums than the universe of all VC, U.S. or European LBO funds. For example, all U.S. buyout fund vintages from 2010 to 2013 had average pricing of about 93 percent to NAV, with a dispersion rate of 70 to 115 percent to NAV.

The broad difference in pricing on VC funds is a reflection of the divisions in the venture world – where an elite group of managers command large amounts of capital, and everyone else must scramble for the scraps.

“Many buyers would aggressively price premier VC funds but have little to no interest in most other VC funds,” Setter said.

Also interesting, more recent vintage funds are commanding higher prices than older vintages as sellers are holding on to their more recent vintages, reducing the supply in market. The recent funds are “seen to have the most upside potential and liquidity is rarely an issue,” Setter said.

“Many buyers in this environment are interested to buy younger funds at full or even premium prices, particularly as these transactions significantly mitigate the J-curve effect,” Setter said.

You can get lists of the most sought-after funds and a copy of the report on www.secondarylink.com.