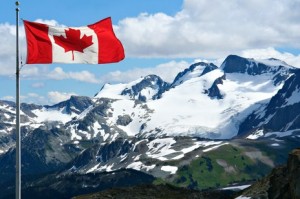 WHISTLER, BC, Dec. 6, 2012 /CNW/ – Whistler Blackcomb Holdings Inc. (TSX: WB) (the “Corporation”) announced today that Jeremy Black has been appointed Senior Vice President and Chief Financial Officer, effective January 14, 2013.  A seasoned finance executive, Mr. Black will guide and oversee the company’s finance function and will be a key member of the senior leadership team. He brings more than 20 years of public company experience to the Corporation, including the last 10 years at Ritchie Bros. Auctioneers (TSX & NYSE: RBA).

Reporting to the Corporation’s President and CEO, Mr. Black will start on January 14, 2013 and assume responsibility for the Corporation’s finance, investor relations, information technology and lodging operations.

“Bringing Jeremy on board deepens the base of experience and expertise of our senior management team,” said Dave Brownlie, President and CEO of Whistler Blackcomb Holdings Inc. “His proven track record of leadership will be invaluable as our business continues to grow. I am looking forward to having such a high caliber executive join our team.”

Mr. Black is currently Vice President, Business Development & Corporate Secretary of Ritchie Bros. Auctioneers. Over the last 10 years Mr. Black has served in various senior management roles at Ritchie Bros., including Director, Finance until 2008. Prior to joining Ritchie Bros., Mr. Black was the Chief Financial Officer at Blue Zone, a public software development company, and held senior financial management roles at Intrawest Corporation. Mr. Black started his career at KPMG in Vancouver, ending up as a Senior Manager in the assurance practice. Mr. Black is a chartered accountant and holds a Bachelor of Arts degree from the University of British Columbia.

Whistler Blackcomb Holdings Inc. owns a 75% interest in each of Whistler Mountain Resort Limited Partnership and Blackcomb Skiing Enterprises Limited Partnership, which, together, carry on the four season mountain resort business located in the Resort Municipality of Whistler, British Columbia.  Whistler Blackcomb, the official alpine skiing venue for the Olympic Winter Games, is situated in the Resort Municipality of Whistler located in the Coast Mountains of British Columbia 125 kilometres (78 miles) from Vancouver, British Columbia. North America’s premier four-season mountain resort, Whistler Mountain and Blackcomb Mountain are two side-by-side mountains, connected by the world record-breaking PEAK 2 PEAK Gondola, which combined offer over 200 marked runs, over 8,000 acres of terrain, 14 alpine bowls, three glaciers, receive on average over 1,192 centimetres (469 inches) of snow annually, and offer one of the longest ski seasons in North America. In the summer, Whistler Blackcomb offers a variety of activities, including hiking and biking trails, the Whistler Mountain Bike Park, and sightseeing on the PEAK 2 PEAK Gondola. Whistler Blackcomb Holdings Inc. is listed on the Toronto Stock Exchange under the symbol “WB”.  For more information, visit www.whistlerblackcombholdings.com.