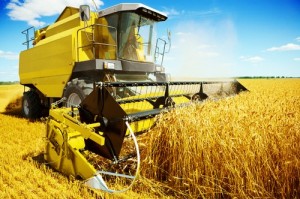 NextGen Biofuels Fund, which is managed by Sustainable Development Technology Canada, has contributed $734,500 to support development of a Varennes, Québec-based cellulosic ethanol facility. The facility will be built and operated by Vanerco, a partnership formed by Enerkem Inc, a biofuels and renewable chemicals company, and GreenField Ethanol Inc, a specialty alcohols producer. It could over time access up to $39.8 million in repayable funding. Enerkem is backed by multiple Canadian and U.S. venture capital firms, while GreenField is a portfolio company of Birch Hill Equity Partners and other investors.

Enerkem and GreenField, partners in VANERCO, announce up to $39.8 million in repayable contribution from the Canadian government

VARENNES, QC, Sept. 27, 2013 /CNW Telbec/ – Natural Resources Minister Joe Oliver today confirmed SDTC’s financial contribution in VANERCO, the joint venture partnership formed by Enerkem (www.enerkem.com) and GreenField (www.gfsa.com) to build and operate a cellulosic ethanol facility integrated with GreenField’s existing ethanol plant in Varennes, Quebec. Through SDTC’s NextGen Biofuels Fund™, $734,500 will support the initial development of the facility as a repayable contribution, an amount that could go up to $39.8 million.

“Our government is investing in advanced clean energy technologies that create well-paying jobs and generate economic opportunities,” said the Honourable Joe Oliver, Canada’s Minister of Natural Resources. “By supporting innovative projects like VANERCO’s, we are helping Canadian companies develop an idea into a marketable reality.”

“This project truly puts industrial waste to work, creating jobs in the community while producing as much as 38 million litres of ethanol a year. SDTC is proud to be a partner in this pioneering project,” said Vicky Sharpe, SDTC President and CEO. “Getting technologies such as this to a commercial scale will be crucial in helping Canada play a key role in the dynamic global cleantech marketplace, currently valued at $1 trillion.”

The VANERCO cellulosic ethanol plant will contribute to the ongoing development of the next generation biofuels industry in Canada. In turn, the growing sector of advanced biofuels stimulates the manufacturing sector, creates jobs, generates value from waste materials and reduces oil dependence, imports and greenhouse gas emissions while positioning Canada at the forefront of the global clean technology sector.

“Clean technologies which offer a true global alternative to fossil fuels emerge when industry pioneers, governments, venture capitalists, and academics work together to ensure a successful transition to the commercial stage,” said Vincent Chornet, Chairman of VANERCO. “SDTC played a pivotal role by becoming the catalyst that helped all these players join forces. We are glad to see them on board with us in this commercial project.”

The non recyclable waste to be used at the VANERCO facility will come from institutional, commercial and industrial sectors, and from construction and demolition debris. Construction of the facility, which will use Enerkem’s proprietary waste-to-biofuels technology, is planned to begin in 2014.

The plant could access up to $39.8M as it passes through project milestones and required governance approvals.

About VANERCO
VANERCO is a joint venture partnership formed by Enerkem (www.enerkem.com), a waste-to-biofuels and chemicals company, and GreenField Specialty Alcohols Inc (www.gfsa.com), the Canadian leader in alcohol production, to build and operate Québec’s first full-scale cellulosic ethanol plant. The future plant will be located at the site of GreenField’s ethanol plant in Varennes, Québec, and will use Enerkem’s proprietary technology to convert waste materials into ethanol and renewable chemicals. Its production capacity will be about 38 million litres per year.

About Enerkem
Enerkem makes biofuels and renewable chemicals from waste. With its proprietary technology, Enerkem converts non recyclable municipal solid waste into methanol, ethanol and other widely used chemical intermediates. Headquartered in Canada, Enerkem operates both a demonstration plant and a pilot facility in Quebec. Enerkem is currently building a full-scale waste-to-biofuels facility in Edmonton, Alberta, and is developing similar facilities in North America and globally. Enerkem’s technology and facilities help diversify the energy mix and make greener everyday products while offering a sustainable alternative to landfilling. www.enerkem.com

About GreenField
GreenField is the leading specialty alcohols producer in Canada, with a focus on pharmaceutical, medical, beverage and industrial alcohol, and fuel ethanol, as well as associated agricultural co-products. The Company has the leading market share of industrial alcohol and is also the largest ethanol producer in Canada. Headquartered in Toronto, Canada, the Company has four state-of-the-art manufacturing plants in Canada as well as manufacturing facilities in the United States. The Varennes ethanol plant, commissioned in 2007, produces approximately 175 million litres per year and has been recognized as one of the most efficient ethanol plants in North America. GreenField is actively involved in the development and commercialization of next generation advanced biofuels technologies.