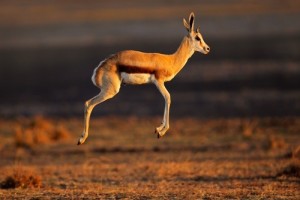 Natural Gas Partners has invested in Springbok Energy Partners LLC, which is hitting the market with its next fund.

NGP, via a strategic joint venture, is investing in the firm rather than putting up a capital commitment into Springbok’s new fund. Further details of the transaction weren’t disclosed.

The Dallas-based partnership will be the only mineral and royalty platform in the NGP portfolio, said Springbok founder and president Ryan Watts. “We’re very excited about it,” said Watts.

Springbok was formerly known as Addax Minerals, but re-launched in May under the new name. Addax was founded in 2010 and raised two funds. It’s unclear how much the firm raised for the funds.

Springbok will continue to manage Addax companies and assets, Watts said. “New business, assets and deal flow, Springbok Energy will be handling it,” he said.

Like Addax, Springbok focuses on organic and grass roots mineral acquisitions. Typical investments can range up to $500,000 per deal, Watts said.

NGP will be helping with the “big picture” and will have a presence on Springbok’s board. Springbok will be running the “day-to-day,” Watts said. “All of the team at Addax moved to Springbok,” Watts said.

NGP’s investment comes as Springbok is out fundraising. The target for the pool, which is the first with the Springbok name, is $100 million, an industry source said. Springbok III will invest in oil and gas mineral and royalty assets.

High prices have caused many potential buyers to stay out of deals. Watts said the drop in oil prices “helped tone down the market a little bit and bring people back to reality.”

The current M&A market for energy, royalty and mineral acquisitions is the “greatest acquisition environment I’ve ever seen,” he added.

Watts said the name Springbok refers to the antelope of Southwestern Africa. Watts saw the animal when he went on safari in Africa in 2014. “I thought they were beautiful animals,” he said. (Similarly, Addax Minerals was named after the Addax antelope that lives in the Sahara desert.)