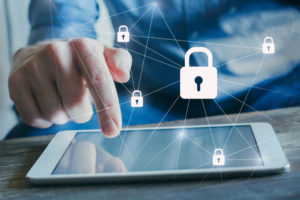 GIACT Systems, one of the most coveted fintech businesses, is not up for sale, two sources said.

GIACT hired Raymond James in 2018 to handle interest in the company, but no party is actively conducting due diligence, one of the people said. “The business is performing very well but there is no active process underway,” the source said.

GIACT, of Allen, Texas, provides identity and verification products that seek to reduce fraud. Its technology can verify a customer’s I.D., bank and account ownership in real-time, according to the company’s website. GIACT’s clients number more than 1,000, and include financial and lending institutions, insurers, as well as retail and ecommerce merchants. Melissa Townsley-Solis, CEO, and Merlin Bise, chief technology officer, launched the company in 2004.

Tritium Partners, of Austin, acquired a majority of GIACT in January 2015. It’s unclear how much the firm invested. In January, Tritium’s second fund closed on $465 million.

GIACT has been expected to sell for more than a year. Buyouts reported in September 2018 that the company was on the block but a sale didn’t materialize. GIACT didn’t receive the price it wanted, several sources said.

Interest in GIACT remains strong. The company is turning away people who want to meet at the upcoming Money 20/20 conference in Las Vegas in late October, sources said. One GP complained that GIACT hasn’t responded to his calls.

Why so much interest? The U.S. M&A market has been very strong for the past few years, with many companies selling for high prices. Private equity firms typically wait at least three years before exiting, but many are flipping their portfolio holdings after two years, one banker said. Some after even selling after one.

“The supply in the last few years of good companies has been light,” the banker said.

GIACT is expected to do something in Q4 or maybe during first quarter of 2020, people said. It could fetch as much as $500 million, sources said.

“There’s been lots of interest in the business but there is no active process going on,” the first source said.

Executives for GIACT and Tritium could not be reached for comment.

UPDATE: A prior version of this story said the CEO of GIACT was Melissa Brown. She is now known as Melissa Townsley-Solis. The story has been changed.