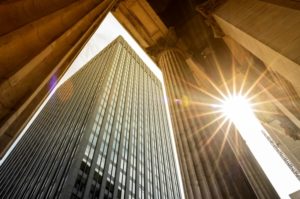 Good morning, Hubsters. MK Flynn here, with today’s Wire. It’s earnings season, and our reporters will be on the calls, including KKR’s later this morning. Check our sites for ongoing coverage.

Gene editing. In healthcare and life sciences news, Sixth Street announced this morning that Nobel Laureate and University of California, Berkeley, Professor Jennifer Doudna will serve as the San Francisco firm’s chief science advisor. Doudna will assist Sixth Street to identify, evaluate, and advance commercial development opportunities within the gene-editing ecosystem. Doudna will also continue in her current roles, including leading the Innovative Genomics Institute and the Doudna Lab at UC Berkeley. In 2020, she was awarded the Nobel Prize in Chemistry, along with collaborator Emmanuelle Charpentier, for their discovery of CRISPR, the genome editing technology. They were the first women to jointly win a Nobel Prize.

Doudna’s “extraordinary knowledge and judgment will provide our team, our investors, and the companies with which we partner an unmatched source of advice regarding CRISPR’s applications and responsible use,” said Alan Waxman, Sixth Street co-founder and CEO. “As one of this century’s true pioneers, Jennifer’s guidance will be vital as we continue to identify best-in-class teams across all stages of development that are building the tools to solve real-world problems in human health, industry, and the environment. Ten years ago, Jennifer discovered a world-changing technology, and we are excited about working with her to help drive CRISPR’s next decade and beyond.” Back in September, Sixth Street invested in Mammoth Biosciences, a biotech company co-founded by Doudna that aims to build the next generation of CRISPR products in therapeutics and diagnostics. Additional healthcare and life sciences companies the firm has invested in include: Biohaven, Caris Life Sciences, Datavant, DrFirst, Immunogen, Ironwood, MDLive and Nektar.

Manufacturing reemergence. “Proactivity is critical” when buying in the competitive industrials sector, Robert Reifman, managing director, Lincoln International, tells me in an interview we published this morning on PE Hub. “The broader industrials sector took a disproportionate hit during the height of covid – especially manufacturing businesses that shut their doors in early 2020. In the back half of the year and accelerating into 2021, the market saw a rapid reemergence in demand for industrial businesses with strong performance across the entire industrial landscape. A large portion of this surge is not just a ‘covid pop,’ but rather acceleration of sustainable demand. Whether it be automation addressing labor shortages or filtration solving heightened concern for the air we breathe, the businesses that serve accelerated demand will be the most sought after. As demand continues to outpace supply, driving future growth, there is still time for PE firms to catch this wave. I expect continued increased competition for industrials businesses to drive valuations and speed up in deal processes in 2022.”

In case you missed. The interview is part of my ongoing series of Q&As with high-profile private equity professionals. For more, see the conversations with Brent Gledhill, CEO and president of  William Blair; Pam Hendrickson, vice-chairman of The Riverside Company; Randy Schwimmer, co-head of senior lending at Churchill Asset Management and founder and publisher of The Lead Left; David Grain, founder and CEO of Grain Management; and Beatrice Mitchell, co-founder and managing director of Sperry, Mitchell & Co.

40 under 40. Private Equity International is calling for nominations for its fourth annual rising stars of private equity list. PEI’s 40 under 40: Future Leaders of Private Equity will be published online and in the Future of Private Equity Special in early May. Submit your nomination by end of day Thursday February 17 here. The list will feature individuals across five categories: Investor (LP); Fundraiser; Dealmaker; Lawyer; Operator.

That’s all from me. Chris Witkowsky is on the Wire tomorrow — I’ll see you Thursday.