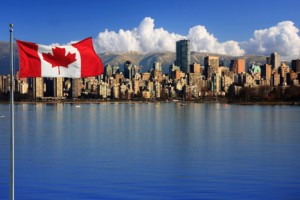 Northleaf Secondary Partners, which was established as a dedicated investment vehicle in 2013, has raised a total of $255 million in capital commitments, sister website peHUB Canada reported. That was 27 percent above the $200 million target set for it.

Northleaf managing director Jeff Pentland said he believes the fund exceeded expectations because of the powerful forces that are currently driving secondary buying and selling worldwide, as well as the firm’s 11-year track record of investing in the space.

“Northleaf’s decision to create a dedicated secondaries vehicle was client-led,” said Pentland. “Since 2003, secondary activity has been an important, returns-enhancing component of our global programs.” Northleaf Secondary Partners’ backers—pension funds, endowments, family offices and other institutional LPs—sought to “leverage this experience as a way of capitalizing on strongly emerging deal flow.”

“LPs are aware that secondary activity is growing and becoming an integral part of the overall asset class,” he said. It offers significant diversification through “backwards in time” asset acquisitions and speed in the deployment and return of capital to investors.

Prior to the launch of Northleaf Secondary Partners, the firm pursued secondary deals through its global private equity funds of funds, customized accounts and other programs. Secondaries continue to be featured on other platforms. To date, a total of 21 cross-platform transactions have been completed. With the close of its latest fund, Northleaf will have approximately $600 million available for making further secondary investments.

Pentland said Northleaf has generally been in “the mid-market camp” of secondary buyers, focusing on smaller deals across a range of geographies, fund sizes, strategies and sectors. As this approach has “generated excellent returns,” it will remain the focus. However, the firm also is prepared to undertake larger transactions.

While Northleaf Secondary Partners’ deal preferences are “reasonably broad,” particular opportunity is seen in sell-offs of non-core and mature assets by limited partners. These may be “single fund interests or a portfolio of interests.”

Pentland emphasized the importance of value to the firm’s perspective on secondaries. Rather than hunting strictly for bargains, Northleaf seeks to “get under the portfolios we are buying and understand their intrinsic value.” He said that more than 80 percent of the portfolio’s performance can be attributed to growth in value.

This approach is supported by the firm’s method for sourcing deals, which takes place outside of competitive auctions, and instead makes use of long-standing relationships with LPs, GPs, intermediaries and other buyers. “Our existing relationships give us a good window on valuations and opportunities,” Pentland said. They also supply potential deal partners.

The close of the Northleaf fund comes at a time of accelerating activity in global secondaries. Advisory firm Setter Capital reported deal volume in 2013 as totaling $36 billion—well up from past yearly estimates. Institutional LPs are well represented on both the market’s buy and sell sides, with sellers looking for liquidity options, and buyers, undervalued assets.

Northleaf’s global secondary activity is led by managing directors Daniel Dupont, who before joining the firm worked at Coller Capital, and Michael Flood, who was previously with Canadian buyout firm Harrowston. The team totals seven, following the hire of associate Brad Blowes in March. Another professional is currently being added.

Pentland said he believes the team’s credibility, and its capacity to execute quickly on transactions, has been key to Northleaf’s returns and fundraising success.

Northleaf Secondary Partners is now making the transition from fundraising to deal-making. Pentland said it soon will complete its first couple of transactions.

The story of Northleaf Capital Partners stretches back to the days of its predecessor, TD Capital Private Equity Investors, the private equity fund-of-funds and co-investment arm of TD Bank Group. In 2009, Northleaf was spun out of TD as an independent, management-owned firm.

Since then, Northleaf has diversified its investment, management and advisory roles on behalf of limited partners. Through its private equity programs, the firm has built relationships with more than 90 fund managers in 14 countries. And it has developed an infrastructure program geared to direct investments in OECD markets.

Today, Northleaf manages more than $5 billion in capital commitments, or nearly double the $2.8 billion it oversaw at the time of the TD spinout. It also employs 65 professionals in offices in Toronto, Menlo Park, California, and London, up from 40 employees five years ago.

This growth contrasts with much of the global PE fund-of-funds industry, which a 2013 Preqin report indicated has been enmeshed in ongoing mergers and consolidations.

Pentland said he believes Northleaf has charted a different course because it listens and is responsive to changing LP needs. He cites the example of Northleaf Secondary Partners, which spoke directly to LP demand, and Northleaf Global Private Equity Investors VI, the cost structures of which have been adapted to enhance returns.

“Northleaf has always approached its long-term partnerships with institutional investors in an open, collaborative and aligned way,” he said. “We feel we’ve struck a chord.”