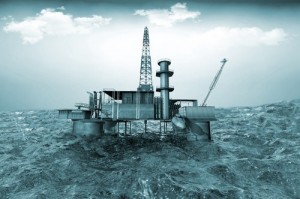 Secunda Canada LP (“Secunda”) has joined forces with Norwegian-based Siem Offshore (“Siem”) in a move that Secunda Chair, Paul Henry, calls a major development for the east coast offshore sector. Henry and Siem’s CEO, Terje Sorensen, announced today that Siem has acquired a 50 per cent ownership stake in Nova Scotia founded Secunda, the operator of a harsh-weather fleet of offshore support vessels with more than two decades of experience serving the oil and gas industry.

In making the announcement, Henry said, “Siem is the perfect partner for our organization. They bring vast experience in offshore vessel operations with a fleet of 36 vessels in operation and 11 under construction. The young and modern fleet is amongst the most technologically advanced in the world. Siem’s new building program reflects the latest available technology in use to meet increased demands from clients and operational environment, improved cost-efficiency and low fuel consumption. Siem’s fleet will significantly enhance Secunda’s growth strategy.”

Sorensen noted that Siem already has operational experience from many offshore jurisdictions including the North Sea, Arctic, Brazil, West Africa, the Mediterranean, India and the GoM. He said, “- We are delighted that this business arrangement will give us a strong position in Canada’s east coast offshore sector.”

Secunda has been aiming for major growth and development since it was purchased by Birch Hill Equity Partners in March, 2012. ”-It has always been Birch Hill’s intention to invest in new fleet acquisition,” Henry said. “- This partnership greatly enhances our ability to do that.”

Secunda made a major management change earlier this year with the appointment of Idar Hillersoy as its new President and CEO. Hillersoy has 25 years of experience in the offshore petroleum sector including a four year stint working on the Hibernia GBS structure in Newfoundland. Since his appointment, Secunda has strengthened operations in St. John’s where Hillersoy is based.

Hillersoy lauded Siem’s world-class vessel design, construction and operations technology. He said, “-We are excited about the impending prospects in the offshore markets of both Newfoundland and Nova Scotia and confident our partnership with Siem will maximize our ability to grow.” He added, “We are particularly pleased to be in partnership with a company that places such a strong focus on Quality, Health, Safety and Environment [QHSE]”.

About Secunda Canada: Secunda Canada LP [Secunda] manages a harsh-weather fleet of offshore support vessels servicing major oil and gas companies worldwide. The expertise of our personnel stems from working over two decades in our local harsh weather environment on Canada’s east coast as a leader in support services for platform supply, anchor handling, rescue standby and towage. Secunda prides itself on being able to provide a best-value solution to the operator with a highly experienced team whose safety culture and quality of work is of the highest standard.

About Siem Offshore: Siem Offshore serves the global oil and gas industry with a modern, environment friendly and technically advanced fleet. The fleet consists of 36 vessels in operation and 11 vessels under construction. The fleet includes, amongst others, large Anchor Handling Tug Supply vessels, Platform Supply Vessels, Multipurpose field & ROV Support Vessel and Offshore Subsea Construction Vessels designed to meet increased requirements from clients and demands from operations in the most challenging environments. A main focus is on health, safety, environment and quality. The Company is listed on the Oslo Stock Exchange [Ticker SIOFF].