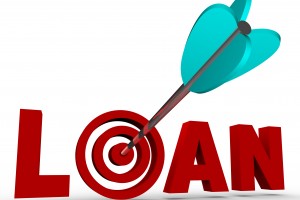 Chicago-based NXT Capital had sought to raise $200 million of equity commitments for the vehicle, NXT Capital Senior Loan Fund II LP. But with investor interest running high, the firm went on to close with $283 million, Robert Radway, NXT’s chairman and CEO, told Buyouts. In addition, Wells Fargo Bank provided a $500 million term loan commitment to the fund to bring it to its final tally.

NXT Capital said it received equity commitments from nine institutional investors, including pension plans, insurance companies and foundations. The new fund will invest in senior debt transactions originated and underwritten by NXT Capital’s corporate finance group, the firm said in its announcement. The firm worked with BTIG LLC of San Francisco and Berenson & Co LLC of New York to raise the fund, according to regulatory filings.

Radway said this fund would not be used for some of the other areas into which the firm has expanded, such as equipment finance, a field it entered earlier this year; venture finance, a 2012 initiative; or commercial real estate. Radway launched NXT Capital in May 2010 in the wake of the financial crisis, with backing by buyout shop Stone Point Capital.

Instead, this fund will be focused on the firm’s core business, senior debt for mid-market companies, primarily those that are sponsor-backed, Radway said. NXT Capital offers a range of senior secured, stretch senior, unitranche, second-lien, term-over revolver and last-out term loans, targeting loans of up to $150 million with a hold size up to $50 million.

“Our dealflow remains robust,” Radway said. NXT Capital closed more transactions in the first half of 2013 than it had in the comparable period in 2012, although Radway said that dealflow has been playing catch-up after a slow first half. Volume accelerated into the fourth quarter of last year as dealmakers sought to beat the tax increases that resolved the “fiscal cliff” in January.

At its low point in January or February, NXT Capital had only 25 or 30 active transactions in its pipeline, but today the number is close to 70, comparable to the level of activity this time last year, Radway said. “We’re seeing a return to a more normal level.”