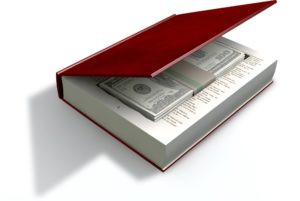 The New York State Teachers’ Retirement System will tell you that its private equity portfolio has generated a net IRR of 11.1 percent through the end of June 2013. But don’t ask for the details. The pension fund believes that the returns of individual funds are trade secrets, according to sister publication Buyouts.

Responding to an open-records act request by Buyouts earlier this year, New York State Teachers’ did provide some insights as to where its returns are coming from. Since inception through June 30, U.S. buyout funds, which account for about half of the private equity portfolio by market value, led the way with a 13.6 percent IRR and 1.5x investment multiple, according to documents provided by the pension fund.

The documents portray a large and active private equity program at the roughly $95 billion pension fund. As of Sept. 30, New York State Teachers’ had a $7.4 billion private equity portfolio consisting of commitments to 168 limited partnership managed by 79 buyout and venture capital firms. Sponsors backed more than once by the pension fund include ABRY Partners, The Carlyle Group, Hellman & Friedman, Silver Lake and TPG Capital.

But when it comes to individual funds, the pension fund draws the line at providing basic information such as the name of each limited partnership, the amount committed and the amount drawn down. In its February open-records request, Buyouts asked for IRRs and investment multiples for each partnership, along with management fees. The pension fund responded that those numbers were off limits. It cited a provision of the state’s open-records act that lets it deny requests of information that “would if disclosed impair present or imminent contract awards” and “are trade secrets …”

In our appeal of that decision, we pointed out that sister state pension funds such as the Teachers’ Retirement System of the City of New York have been disclosing such details about their funds “with no apparent ill effects” on the general partners.

But Kevin Schaefer, the records appeals officer for the pension fund, wasn’t convinced. In his March 6 reply by letter, he denied our appeal. He went through six factors used to determine whether information is a trade secret immune from disclosure. The first, he wrote, is “the extent to which the information is known outside the business.”

The second factor was similar to the first, while the third of six factors, Schaefer wrote, is “the extent of measures taken by a business to guard the secrecy of the information.” Buyouts possesses detailed fund information on hundreds of limited partnerships disclosed by sponsors via their pension backers around the country.

But again, Schaefer did not see it this way. “General partners of funds,” he wrote, “take measures to ensure the confidentiality of their investment strategy and fund level performance by providing it only to investors and customarily under confidentiality obligations.” At press time a spokesperson for New York State Teachers’ added in an email that ”the NYS and NYC are separate and distinct organizations which, among other differences, include separately negotiated investment agreements with potentially unique rights, obligations and liabilities—including those governing confidentiality requirements and the protection of trade secrets.”

Our request fell short on the other three factors as well.

Buyouts hasn’t decided whether to continue the battle. It should be obvious by now that no harm results from disclosing fund return data, which has been available from pension funds like the California Public Employees’ Retirement System for years following lawsuits early last decade by the San Jose Mercury News.

Put aside for the moment that I am a journalist who likes reporting on juicy return data. Is it wise to hide from New York State Teachers’ Retirement System pensioners—including both my parents—how individual money managers are performing, and how much they’re charging?

A recent Bloomberg story reported that the U.S. Securities and Exchange Commission has found that dozens of private equity firms are inflating portfolio-company fees without notifying investors. If true, I would argue that this industry needs to open its books even further, not less.