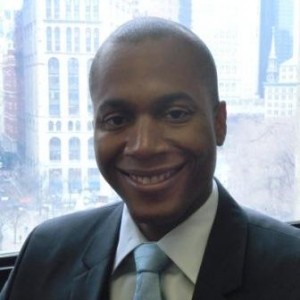 The latest departure is Rafique DeCastro, a private equity investment officer who is taking a job at Morgan Stanley, according to two people with knowledge of the move.

DeCastro joined the New York City system, which is overseen by the city’s Comptroller’s office, in 2011. Prior to NYC, he worked for four years with the Credit Suisse Customized Fund Investment Group, according to his LinkedIn profile.

As a private eqiuty investment officer, DeCastro was responsible for performing due diligence on new funds and monitoring the portfolio. It’s not clear exactly what DeCastro will be doing at Morgan Stanley, which has a private equity fund of funds operation called Morgan Stanley Alternative Investment Partners that makes primary, secondary and co-investments.

Also, it is not clear when DeCastro starts in his new role. DeCastro could not be reached for comment. A spokesman for Morgan Stanley did not respond to a request for comment.

“Rafique has been a valued member of our private equity team for nearly four years and we wish him all the best as he embarks on the next phase of his career at Morgan Stanley,” Scott Evans, chief investment officer for the NYC Retirement System, said in a statement. Evans was hired as CIO in May at an annual salary of $224,000.

The retirement system, which is made up of five separate pension funds with total assets under management of about $150 billion, wants to hire investment officers and investment analysts, said Eric Sumberg, spokesman for the New York City Comptroller, which invests on behalf of the NYC Retirement System. “We expect to have listings up shortly,” he said.

New York’s pension system has experienced changes in the past few years. Comptroller Scott Stringer named Alex Doñé head of private equity in November. Doñé had previously worked for the system for more than two years, heading up its emerging manager program. Doñé replaced Barry Miller, who left the Comptroller’s office as private equity chief in 2013 to take a job at Landmark Partners.

The Comptroller’s office declined to disclose Doñé’s salary and has asked for an extension to a public records request submitted by Buyouts on Dec. 5.

Another senior private equity official, Elizabeth Caldas, left the system to join the investment team at the United Nations Joint Staff Pension Fund. She had worked for NYC Retirement System since 2007 and achieved the title of director of private equity before she left.

Turnover within public pension private equity ranks is not unusual. Salaries at many public systems can’t compete with the private sector, leading to top LP talent remaining only a few years before heading off to better-paying jobs.

Almost half of the North American LP respondents to Coller Capital’s Winter 2014-2015 Global Private Equity Barometer said they are having to boost their pay scales to recruit talent.