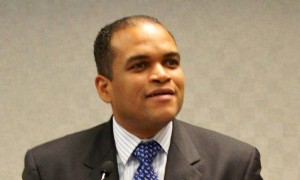 The New York City Bureau of Asset Management, which earlier this year added $500 million to the $6 billion that the city already had invested in women and minority-owned investment firms, named Alex Doñé as the bureau’s director of private equity in charge of emerging managers. The Bureau of Asset Management, part of the city’s comptroller’s office, is responsible for managing $115 billion in pension assets spread across five separate pension funds for firemen, police officers, teachers, school administrators and other city employees.

In his new role, Doñé will be responsible for expanding the bureau’s efforts to identify, evaluate and oversee the city’s relationships with women and minority-owned private equity firms.

Doñé, a native of Puerto Rico, comes to his new position from the U.S. Department of Commerce’s Minority Business Development Agency, a role he was appointed to by President Barack Obama. At the agency, he helped minority-owned businesses secure nearly $11 billion in contracts and capital.

In a statement, New York City Comptroller John Liu said of Doñé, “He and I share a simple, lifelong commitment to leveling the playing field, especially for minority and women-owned firms that have traditionally faced barriers to fair competition.”

The $6.5 billion in assets earmarked for women and minority-owned investment firms makes New York City’s pension system one of the nation’s largest investors in such firms, although just a fraction of those billions are earmarked to private equity. By contrast, Texas Teachers has $3.2 billion set aside for such firms, while CalSTRS has $3.9 billion.

Lawrence Schloss, the chief investment officer for New York City’s five pension funds, said in the statement, “Alex’s focus on MWBE private equity funds will ensure that our $13 billion private equity portfolio (committed capital) continues to be accessible to funds of all sizes,” adding, “We can continue to deepen our relationships with successful MWBE private equity firms, and hopefully increase our commitments in future funds as their businesses develop.”

Doñé started his career as an investment banker at Merrill Lynch and also worked in KPMG’s corporate finance unit.