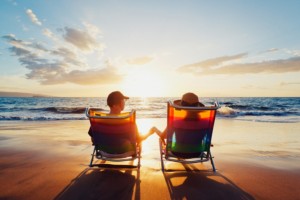 Larry Keele, a co-founder of Oaktree Capital Management who leads the firm’s $5 billion U.S. Convertible Securities portfolio, is retiring at the end of June, according to a memo sent to clients this week.

Keele, who helped found the firm 20 years ago, decided “it’s time to pursue his personal interests full-time,” the memo said.

The Oaktree principal and portfolio manager will remain a member of the firm’s board of directors, according to the memo.

Stu Spangler, a managing director who joined Oaktree in 1997, will work along with Keele as co-head of U.S. Convertible Securities until the end of June, when he will take control of the strategy, the memo said.

Spangler has worked as Keele’s back-up portfolio manager since 2011, the memo said. “Stu fully shares Larry’s investment style and approach, and he is held in high regard by his Oaktree colleagues and senior leadership,” the memo said.

“Spangler has been there a long time so guessing it’s pretty seamless,” said one Oaktree limited partner.

“We’re confident the convertibles team will continue its disciplined approach to investing and achieve success in the years ahead,” the memo said.

Oaktree did not respond to a request for comment.

The firm manages about $8.6 billion in convertible securities across U.S., non-U.S. and high-yield convertibles, with $5 billion of that in U.S. convertibles, according to its website.

Convertible securities are usually bonds or preferred stock that can be converted into something else, typically shares in a company’s common stock, according to the SEC.

Keele was part of a group of former TCW executives who left the firm and founded Oaktree in 1995, led by Howard Marks, co-chairman, and Bruce Karsh, co-chairman and chief investment officer. Other founding members include Richard Masson and Sheldon Stone.

Keele worked at TCW from 1986 to 1995, managing the company’s Convertible Value portfolios, which he took over from Marks, according to the Oaktree memo.

Prior to TCW, Keele worked at NationsBank Equity Income Fund, which specialized in convertible securities and high yielding equities, according to his bio on Oaktree’s website.