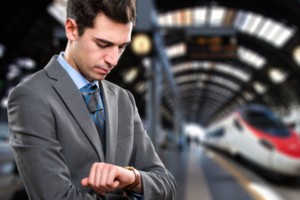 Oaktree Capital Group is sitting back, raking in commitments, sending money back to limited partners, and pining for those grand old years of distress when the world made sense.

Much of Oaktree’s first quarter earnings call was spent explaining why the world is not yet where the firm needs it to be to get out there and really deploy capital.

“Record debt issuance and low interest rates have fueled accommodative capital markets, aggressive capital structures and what we believe is a weakening of lending standards,” said Oaktree Co-Chairman and Chief Investment Officer Bruce Karsh on the earnings call. “Over our three decades of investing together, we have learned that loose credit standards and record issuance inevitably lead to financial market dislocation.”

“Of course, the timing of each downturn is inherently unknowable,” he added.

Still, even in the energy world the expected distressed opportunity spurred by oil price volatility has yet to truly materialize. U.S. crude reached its highest point since Dec. 11 at $58.58 Wednesday, according to Reuters, though it dropped slightly Thursday to $59.49. The benchmark West Texas Intermediate has risen about 40 percent from its lows in March, Reuters said.

“I wouldn’t say it’s as robust an opportunity as we had hoped when [oil] prices started plunging in the fourth quarter,” Karsh said about energy, stressing the firm has deployed capital into the space. “There’s a voracious need for capital out there among oil and gas companies.”

The firm has been raising all kinds of funds, growing its dry powder to about $17.2 billion, including about $7 billion raised for its new flagship vehicles, Oaktree Opportunities Funds Xa and Xb. Xa has a $3 billion target, while Xb is targeting $7 billion for reserve capital that will be activated if and when the markets tank.

These funds are part of a targeted $20 billion fundraising effort the firm is making over 18 months around closed-end funds, according to Oaktree CEO Jay Wintrob, who took the helm at Oaktree about six months ago. The effort includes capital for distressed debt, real estate, power, infrastructure and senior loans, Wintrob said.

Of the $11 billion raised in Q1, $9 billion went to closed-end funds such as the flagship vehicle and the Power Opportunities Fund IV, which had a one-and-done close on $1 billion, he said.

Oaktree also expects to launch an infrastructure fund in May with a team of professionals it brought aboard last year from Highstar Capital, Wintrob said.

The firm also is focusing on building out its client base outside the United States, Wintrob said. About 27 percent of Oaktree’s $100 billion in assets under management are outside the U.S., he said.

“We’ve got room to grow both in absolute and percentage terms in [Europe, Middle East and Africa] and in Asia-Pacific,” Wintrob said. “We have been building our team there of marketing and client relations professionals, and we will continue to probably allocate more resources there.”

Wintrob noted that the firm is working to expand its client base beyond its traditional “blue chip” clients such as large public and private pensions.

“We have grown significantly our AUM in the mutual fund and sub-advisory space,” he said. “Those AUMs together have grown over 130 percent over the last two years and represent about 8 percent of our total AUM.”