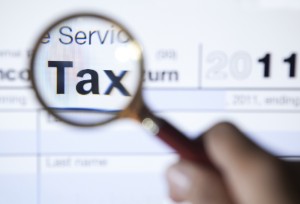 Of perhaps most concern to buyout firms is the proposal’s call for reducing the deductibility of interest payments on debt, which it maintains “will reduce incentives to overleverage and produce more stable business finances, especially in times of economic stress.”

The proposal does not specify by how much it would like to reduce the deductibility of interest. But any reduction would mean that private equity-owned companies would have to pay higher taxes, which would reduce cash available to re-invest in the company or pay dividends.

“It would be an absolute body blow to the capital markets,” Fred Lane, vice chairman of investment banking at Raymond James, told Buyouts last July, when Sen. Max Baucus, Democrat of Montana, and Rep. Dave Camp, Republican of Michigan, requested a study on the deductibility of interest payments on debt. “Forget just the buyout business—it would kill a lot of things. The stock market would go in a swoon.”

The proposal also targets organizations structured for pass-through tax treatment, such as S corporations, limited liability companies and limited partnerships, in which profits pass through to the owners and are taxed at their personal income tax rate while avoiding the corporate tax rate. (Most buyout funds are organized as limited partnerships.) Specifics appear to be lacking. But, the proposal states, “The ability of large pass-through entities to take advantage of preferential tax treatment has placed businesses organizing as C-corporations at a disadvantage.”

“The President’s Framework For Business Tax Reform,” released today, also says that carried interest profits should be taxed at the ordinary income tax rate rather than the lower capital gains rate. No surprise there, considering Obama included the same proposal in his $447 million jobs bill last summer and, before that, in his budget proposal in early 2011.

“We are still reviewing the administration proposal,” President and CEO Steve Judge said in a prepared statement. “We have serious concerns about any plan that pays for lower corporate tax rates by raising taxes on non-corporate businesses. We will work with Congress and the administration on this important issue to ensure that private equity and growth capital continues to foster economic growth.”

Analyst Greg Valliere of Potomac Research Group, which monitors legislative activity, called the timing of the release of the Obama plan a “cynical ploy” because Republican presidential hopeful and Bain Capital Founder Mitt Romney is expected to release his own tax reform plan shortly, Reuters reported.

The Obama administration’s plan “has virtually no chance of winning enactment this year,” Valliere said.

The president’s plan also introduces a minimum tax on corporate profits earned in countries with low tax rates and would eliminate favorable tax preferences for the oil and gas industry, such as the ability to expense intangible drilling costs.