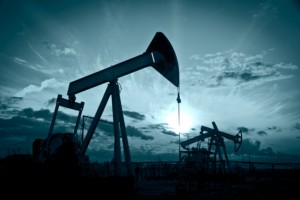 Oil saw its biggest one-day bounce since 2009 on Thursday, with North Sea Brent LCOc1 and U.S. light crude CLc1 rising more than 10 percent. U.S. crude is on track for its first weekly gain in nine weeks, ending its longest losing streak since 1986.

Global oil markets have fallen by a third since May and are still well under half their value a year ago thanks to a huge oversupply of fuel and sluggish demand. Worries over China’s economy have compounded the falls in recent weeks.

But analysts said oil markets fell too far, too fast and a rebound was on the cards. A stock market rise, strong U.S. growth data and a pipeline outage in Nigeria provided an excuse for a recovery on Thursday, they added.

“A short-covering rally, led by crude oil, pushed commodities higher across the board,” analysts at ANZ said in a note to clients.

“Better-than-expected U.S. GDP numbers were the main spark, although the force majeure on … exports from Nigeria extended the gains.”

Asian shares extended a global rally on Friday with Chinese stocks jumping for the second day following a rocky start to the week.

Shell’s Nigerian unit declared force majeure on Bonny Light crude oil exports on Thursday after shutting two key pipelines in the country due to a leak and theft.

Venezuela has been contacting other members of the Organization of the Petroleum Exporting Countries, pushing for an emergency meeting with Russia to come up with a plan to boost oil prices, the Wall Street Journal reported.

Officials at core OPEC members in the Middle East Gulf say there is little chance of the cartel meeting without the support of Saudi Arabia, which has said it sees no need for a gathering.