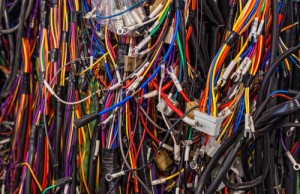 A little earlier this week, I chatted briefly with Harvard Business School professor Josh Lerner about whether it was possible to tease apart where venture capitalists add the most value to startups. (At the beginning? When a company is deciding whether and when to listen to investment bankers?)

Lerner said the research is fairly squishy, but he did offer up a number of interesting tidbits, starting with the importance of the founders themselves.

For example, he said that when you look at companies that have received investment from “higher- and lower-tier VCs” and track their success (or lack of it), it “does suggest that the amount of value being added by the more reputable guys is greater.”

But that impact is greater or smaller depending on who the “reputable guy” is backing.

“For better or worse,” said Lerner, the right backer can make a “big difference” when it comes to unproven entrepreneurs — both first-time founders as well as founders who’ve launched unsuccessful ventures in the past.

Lerner said the investor is much less relevant when it comes to entrepreneurs who already have a hit or two in their past, and who probably not only need less critical advice at the outset but who also have enough star power of their own to attract talent, media coverage, and partnerships, among other things.

Lerner also made the point that it’s very hard to know how helpful the individual is at a “reputable” venture firm versus how much of a boost, or “certification” he or she is getting from the venture firm’s brand.

“One possibility is that because a startup gets backed by Accel changes the way that people look at the entrepreneur, so the ‘value add’ begins at the moment that first check is written,” he observed.

“The other possibility is that the value comes from all the things a VC would say that [he or she] does, from the VC’s service on the board, their [expertise] with contracts and so forth.”

In a way, said Lerner, “you’d expect that both things are at work. But disentangling how much of it is certification versus after-the-deal-value added is very difficult.”