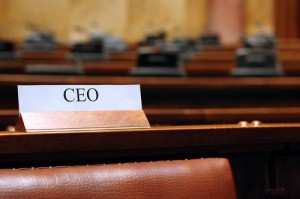 TORONTO, November 8, 2012 – The OPSEU Pension Trust (OPTrust) Board today announced the appointment of William Hatanaka to the position of CEO. Effective November 19, 2012, Mr. Hatanaka will assume responsibility for all of OPTrust’s operations.

Mr. Hatanaka has over 30 years of financial services experience, with a strong track record of building high quality, high integrity organizations. In his previous role as Group Head, Wealth Management, TD Bank Financial Group, he was a member of the senior executive team of the Bank with responsibility for building the Bank’s Global Wealth and Asset Management businesses. He has also held senior positions with the Royal Bank of Canada and two independent Canadian brokerage firms.

“We are pleased to have Bill join OPTrust as CEO and look forward to working with him,” said Scott Campbell, Chair of the OPTrust Board of Trustees. “We believe his history of leadership and his expertise in both investments and operations make him the ideal person to lead OPTrust.”

Mr. Hatanaka also has a strong commitment to unifying initiatives in the community, serving on the boards of York University, the Canadian Centre for Diversity and as Advisor to the Japanese Canadian Cultural Centre. He also serves on the board of the TMX and is the past Chair of the Investment Industry Association of Canada (IIAC).

Mr. Hatanaka is a past recipient of York University’s Bryden Alumni Award and was a member of the 1976 Grey Cup Championship winning team, the Ottawa Rough Riders.

About OPTrust
With assets of $13.7 billion, the OPSEU Pension Trust (OPTrust) invests and manages one of Canada’s largest pension funds and administers the OPSEU Pension Plan, a defined benefit plan with almost 84,000 members and retirees. OPTrust was established to give plan members and the Government of Ontario an equal voice in the administration of the Plan and the investment of its assets, through joint trusteeship. OPTrust is governed by a 10-member Board of Trustees, five of whom are appointed by OPSEU and five by the Government of Ontario.