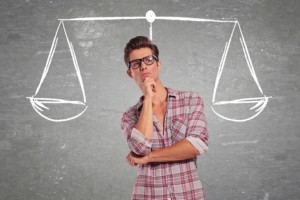 OpenGate Capital, which made a name for itself when it bought TV Guide for $1 in 2008, has been talking to potential limited partners about raising its debut investment vehicle, according to two people with knowledge of the situation.

Formed in 2005 by a Platinum Equity executive, OpenGate has been talking to prospective investors for the past few months about a fund that could target between $250 million to $350 million, the two people said.

It’s not clear if the firm is trying to gauge interest from potential LPs about the fund, if the fund has been launched, or if OpenGate has a launch date in mind. Alanna Chaffin, senior vice president of communications at OpenGate, did not return a request for comment.

[contextly_sidebar id=”IWF3dkX94VeSIF2NHCjr0mCtqOfJ0Xes”]OpenGate is led by founder, chief executive officer and managing partner Andrew Nikou. Prior to forming OpenGate, Nikou worked for Platinum Equity in the firm’s Paris office, according to OpenGate’s website.

Lezec was a founder, chairman and managing partner of Naxos Capital Partners prior to joining OpenGate as well as a former executive with Platinum Equity, and Kiekert Le Moult formerly was CEO with Syntagma Group, an industrial holding company. He was also a vice president with Sun European Partners. Yook formerly worked at Platinum Equity, CIBC and Merrill Lynch.

The firm invests in the United States, Europe and Latin America in companies that need “revitalization,” according to the firm’s website. Nikou started OpenGate using his own savings at the age of 27, according to the website. The firm has completed more than 30 deals.

“What’s interesting about them is, unlike a lot of first-time funds, with people coming from different places, the…main principals…have been investing their own dough for the better part of nine years,” one of the sources, an LP who has heard the fund pitch, said.

OpenGate famously acquired TV Guide for $1 plus $50 million in assumed liabilities in 2008. It still owns the company. In 2010, OpenGate acquired Nicole Farhi, a British fashion brand, from French Connection for up to $7.5 million, Buyouts reported. Last year, OpenGate bought PennySaver USA from Harte-Hanks.

Nikou also was said to have been in talks for his own reality show—a mashup of “Undercover Boss” and “The Apprentice,” peHUB reported in 2011. “It’s a show that’s not focused on nonsense but on issues surrounding private equity and the economy,” a source told peHUB at the time. It’s not clear if the project ever got off the ground.