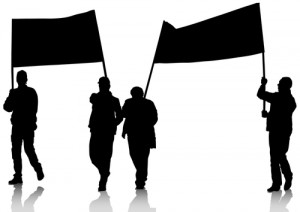 The Oregon Investment Council may have started a small revolution on partnership terms and conditions.

Using the clout that comes with its ability to cut early, large checks to upstart funds, the manager of the roughly $56 billion Oregon Public Employees Retirement Fund is negotiating better-than-market management fees, carried interest and other key terms and conditions. At stake is whether buyout firms—or at least new buyout firms—will continue to be able to argue that anything less than the traditional ’2 and 20’ management fee-carried interest formula will leave them under-resourced and vulnerable to poaching of staff.

Staff of the Oregon Investment Council at its Dec. 5 meeting, with support from advisory shop TorreyCove Capital Partners, recommended committing up to $100 million to A&M Capital Partners LP. It’s a first-time fund that has a close affiliation with restructuring advisory shop Alvarez & Marsal Holdings. Provided it commits at least $75 million to the fund—contingent on the fund reaching at least $300 million in size—the state in return for being an anchor investor would receive what it calls “a substantially discounted package of economic terms.” These terms would include a 1 percent management fee, 10 percent carried interest, and 100 percent offset of transaction fees.

A few months earlier the council struck a similarly LP-friendly deal with another first-time fund, Public Pension Capital LP. The Oregon Investment Council conditionally approved a $100 million commitment to the evergreen pool, earmarked to take stakes in small to mid-sized companies in consumer products, energy, financial services, health care and other fields. The commitment was contingent on the firm reaching its $500 million target. In this instance the state was able to negotiate budgeted management fees expected to average 1 percent for the first five years; a 5 percent carried interest should the fund produce a compound annual return of between 4 percent and 8 percent, and a 10 percent carried interest for a return above 8 percent.

These are no fly-by-night operations desperate for commitments. Public Pension Capital LP is led by two former investment professionals of Kohlberg Kravis Roberts & Co., including the highly regarded Perry Golkin, who joined KKR in 1986 and went on to serve on the boards of American Re-Insurance, Primedia and Rockwood Chemicals. Co-founder Michael Tokarz served at KKR for 18 years before founding merchant bank The Tokarz Group in 2002. He has also served as chairman and portfolio head of business development company MVC Capital,professionals of which were expected to join Public Pension Capital.

For its part, A&M Capital Partners as of around Thanksgiving had already secured some $174 million of its $500 million target, not including the Oregon Investment Council commitment, according to a source close to the fund. Backers include both Alvarez & Marsal and GoldPoint Partners (formerly New York Life Capital Partners), which our source said is taking a small stake in the general partner in return for being a lead investor. John Schumacher, chairman of GoldPoint Partners, which has backed a long roster of first-time funds, including ones managed by ABRY Partners, Berkshire Partners, Kelso & Co., Vestar Capital and Welsh, Carson Anderson & Stowe, confirmed an anchor commitment to A&M Capital that he called “many multiples” of $10 million, as well as “special economics,” but declined to be more specific.

According to materials presented at the Dec. 5 council meeting, senior professionals of Alvarez & Marsal will be allocated 30 percent of the fund’s carried interest in return for deal sourcing and other services. I was unable to reach executives of A&M Capital for comment.

Subscribers to Buyouts Magazine can read the rest of this column here.