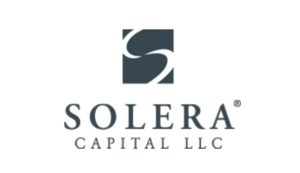 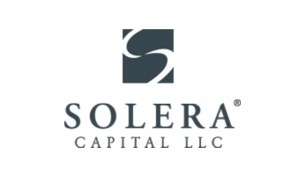 Solera Capital, one of the industry’s few women-led firms, has failed to immediately win a $50 million commitment from the Oregon Investment Council, which opted to table the prospective investment to Solera Capital Partners II LP pending further review, according to James Sinks, a council spokesman. According to Buyouts, peHUB’s sister magazine, the new fund has a $350 million target.

Solera Capital executives made their formal pitch to the council at its May 29 board meeting. The fund was recommended by Oregon Investment Council’s private equity adviser, TorreyCove Capital Partners. There was no word on when a final decision would be made. A spokeswoman for Solera Capital declined to comment.

Questions from the board indicated several possible sticking points, according to Sinks. They include senior-level turnover during the firm’s early years; the question of whether Oregon had sufficient “key-man” protections in the event of more departures; the high level of exposure that Oregon Investment Council would have with a $50 million investment in a $350 million fund; and whether the council, by making such a big, early commitment, could negotiate an 8 percent preferred return as desired.

Founded in 1999, Solera Capital is led by Molly Ashby, a former JP Morgan investment banker who is the sole remaining original founder at the firm. According to a report from the council’s private equity team, “the firm has had a relatively high turnover rate, particularly at senior levels. However, the investment team appears to have stabilized in recent years under the leadership of Ms. Ashby.” Two of the firm’s three original founders left in 2003 and 2004.

Solera Capital’s sophomore fund comes to market 12 years after its debut vehicle closed, an unusually long period between funds. Fund I closed in 2000, attracting $245 million in commitments. That fund, to which Oregon Investment Council committed $50 million, has performed moderately well. As of March 31, 2013, the fund had delivered a net IRR of 10 percent and a net return multiple of 1.9x for the council.

According to Oregon Investment Council’s private equity team, Fund I was unusually concentrated, with just five portfolio companies. Most of the fund’s performance, said the private equity team, “can be attributed to one key success: Annie’s,” suggesting that it has concerns about whether the success of Annie’s is repeatable.

Annie’s, a Berkeley, California-based maker of organic pasta and salad dressings that went public in 2012, has achieved a 5.3x net return multiple, according to the council’s report, over half of which has been realized. Solera Capital bought Annie’s in 2002.

Another detail disclosed in the council’s report is that Ashby, the chief executive, does not take a salary from the firm because “management fees from Fund I have been insufficient to fully pay the firm’s expenses.” Instead, the report said, Ashby receives the largest allocation of carried interest.

The council’s report says that Fund II would invest between $10 million and $50 million in 10 to 12 small companies, mainly in the United States. The firm expects to buy “emerging growth” companies in industries undergoing major changes or demographic shifts, according to TorreyCove Capital’s report, which said the firm is well-situated to take advantage of these shifts, “particularly when it comes to businesses targeting women and the millennial generation.”