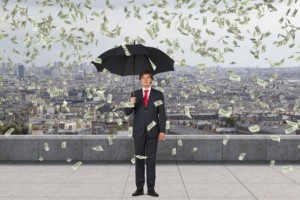 Any time a limited partner commits $700 million to a fund, it is meaningful not only to the manager lucky enough to get the pledge, but to the industry at large. A commitment of such size sends a message to the industry that the investor has enormous confidence in the manager. Other LPs will take heed, especially if the LP is big and influential.

Last week, the Oregon Investment Council – one of the big, influential LPs in the industry — approved $700 million to a TPG bridge fund that is an interim vehicle to the firm’s flagship Fund VII, which is widely expected to face a challenging fundraising.

The bridge fund, targeting up to $2 billion, is only being marketed to TPG’s largest and longest-tenured limited partners. Fund VII is expected to launch later this year or early 2015, according to documents from Oregon.

I talked to several LPs to find out what they thought of the move and if this could improve the fundraising outlook for TPG VII. The response I got was mixed – some believed the LP community would take another look at TPG once its big fund hits the market, despite the firm’s struggles in its prior two funds. “It certainly helps to have [one of your] biggest LPs re-up,” said a senior investment official at a U.S. public pension who asked not to be named.

Others believed it wouldn’t matter – that TPG still needs to prove itself.

I believe the latter, and here’s why:

Oregon is one of TPG’s oldest and largest relationships, and that makes the re-up less of a surprise, a family office LP told me. Though in today’s private equity market, no re-up is automatic.

Oregon (and whatever other institutions commit to the bridge fund) is receiving very ‘friendly’ terms on the vehicle, according to Oregon. A spokesperson for Oregon’s state Treasury declined to elaborate on ‘friendly.’

Now, consider that the LPs in this fund are getting ‘friendly’ terms along with the full attention and focus of TPG’s investment team on a relatively small pool of capital — $2 billion. The situation could be ripe for strong returns.

One LP told me: “I think the scarcity of capital for new investment activity will focus a much higher quality screen, which has been lacking in the past. The returns might just work this time as the larger pools of capital have clearly proven more difficult for them.” The LP is referring to some of the massive deals TPG made during the credit bubble that haven’t worked out – Washington Mutual and TXU being the largest examples.

The move, then, should be viewed in isolation and not a sign of things to come for Fund VII. TPG still has to prove its investment chops to pave the way for marketing on that vehicle. No LP is going to forget TPG’s fifth and sixth funds, both of which have gone through very choppy periods.

While Oregon’s big pledge has raised some eyebrows among LPs, the real test will be the performance of Fund VI. The advantage of the bridge fund, besides giving the firm more time to strengthen performance, also could give LPs more evidence of TPG’s shift back to its core strategy and away from the massive deals it did during the golden era.

“All in all a creative and very practical approach but doesn’t get them out of the woods just yet,” the family office LP told me about the bridge fund.