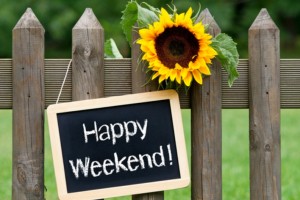 Perspective: As lots of data outlets have now reported, Q1 deal activity and valuations were as robust as they’ve been in a while.

Although that may true, according to Mark Sorrell, co-head of global M&A at Goldman Sachs, very little activity is being driven by a one or two quarter view, but rather, the structural growth of a business. “A lot of what is driving activity now is clients taking a fundamental view about long term things,” he said at FT’s Global Boardroom digital conference on Wednesday. “Volatility is a challenge. As that picks up, then the window for execution is more tricky,” he cautioned.

As Thoma Bravo co-founder Orlando Bravo pointed out at the virtual event, there have only been two short periods of time over the last 25 years in which people have not complained about valuations: 1999 to 2000 and again during the financial crisis.

“When you look at the overall valuation environment, what is really the most important thing now, is that at this period of time, there are so many companies in so many sectors that are going to create massive technology winners of the future,” Bravo said. “And covid really accelerated that and showed us that.”

Likewise, in FinTech, consumer adoption and improved technology, or efficiency, are contributing to high valuations, according to Betsy Cohen, chairman and a managing member of FinTech Masala, which has sponsored several SPACs. “Volumes are growing, and if the volumes are sustainable then perhaps the multiples deserve to be heightened.” What’s interesting, Sorrell added, is that as the M&A recovery has progressed over the last three quarters it’s also diversified with “larger and larger transactions across more and more sectors.”

In software, Bravo noted, you’re seeing companies beating their numbers, which is only inspiring buyers to pull the trigger. “This is only the start of the really big software deal.”
Broadly speaking, private equity firms are gaining share in the overall M&A market. PE represented 36.9 percent and 41 percent of global M&A in the last two quarters, up from just 23.4 percent of global M&A count in 2014, according to PitchBook’s Q1 2021 Global M&A Report.

Deal nearing: Ontario Teachers’ Pension Plan is awaiting final bids for PhyMed Healthcare Group, the provider of anesthesia services it bought more than six years ago, according to people familiar with the matter.

Hoping to clear its existing debt pile in a transaction, one source said, PhyMed has also had years of turnover at the CEO level. Not surprisingly, the process is targeting PE-backed strategic platforms, I’m told. Read my full report on PE Hub for financial details and more.

“As there’s a return to normalcy folks are excited about dressing up,” said Keoni Schwartz, managing director at Altamont. “This was actually a big element in our thesis.”

Altamont’s portfolio consists of three other apparel businesses – Fox, Brixton and Hybrid Apparel – all of which it has owned since 2014. “Our aim is to keep compounding value over time,” Schwartz said, speaking to the firm’s longer fund life. Read Karishma’s full report on PE Hub.

That’s it! Have a great weekend, hubsters, and as always, write to me at springle@buyoutsinsider.com with your tips, feedback or just to say hello!