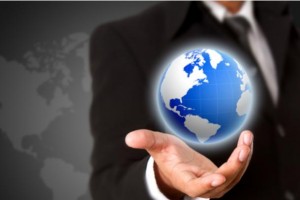 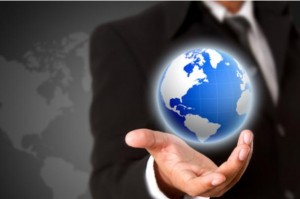 Toronto-based Ontario Teachers’ Pension Plan announced it achieved an overall 13.0% rate of return for the 2012 calendar year. Performance was led by Teachers’ equities portfolio which, including private equity investments, returned 14.2%. Total pension plan assets consequently increased from C$117.1 billion last year to C$129.5 billion at the end of 2012, while public and private equities rose from C$51.7 billion to C$59.5 billion over the same period.

The plan surpassed its consolidated 11.0% benchmark by two percentage points, or $2.2 billion. Investment earnings for 2012 were $14.7 billion, versus $11.7 billion in 2011.  Since the plan’s inception in 1990, the total investment income generated has accounted for 77% of the funding of members’ pensions, compared with the combined 23% from member and government contributions.

“Returns earned above our benchmark directly support the goal of pension security and demonstrate the value of our approach to active investing,” said Jim Leech, President and Chief Executive Officer.

“The investment team successfully navigated significant risks and turmoil in the global economy again in 2012 to earn an excellent rate of return.  Our 10-year annualized rate of return is 9.6%,” he said.  According to CEM Benchmarking’s latest data, reported in 2012, Teachers’ absolute and value-add returns were rated number one among its peers globally for the year ended 2011.

Teachers’ Quality Service Index, which measures members’ satisfaction based on survey responses, also increased in 2012, to 9.1 out of 10.

“This was an outstanding achievement during a challenging year characterized by a 26% increase in retirements, the introduction of reduced inflation protection for post-2009 service, and the implementation of numerous plan and regulatory changes,” said Mr. Leech.

In addition to low interest rates, the sponsors recognize the impact on projected liabilities from the imbalance between the average number of years worked (26 years) and those on pension (31 years), and the decreasing ratio of working-to-retired members.

“We are encouraged to see that the sponsors have committed to address the imbalance for the next valuation filing with the regulator,” said Mr. Leech.

Members’ average retirement age in 2012 was 59, and with longevity rates among the highest in the country, they are expected on average to be retired for five years longer than they worked. The plan now has 2,800 pensioners over the age of 90, including 107 who are 100 or more.

“While the defined benefit pension is far and away the superior and least expensive model for retirement financing because it pools funding, longevity and asset mix risk, it must evolve to this new demographic and financial reality,” said Mr. Leech. “This means building flexibility into the cost of benefits to ensure their affordability for pension plan members and sponsors alike for years to come.”

The value of the plan’s equity investments (both public and private) totalled $59.5 billion at year end compared to $51.7 billion at December 31, 2011, as additional capital was deployed to manage the asset mix.  On a one-year basis, equities returned 14.2% compared to a benchmark return of 13.1% for total value added of $0.6 billion.

Real assets, which comprise real estate, infrastructure and timberland, in aggregate totaled $28.7 billion at year end compared to $25.8 billion at year-end 2011 and returned 14.7% compared to the benchmark return of 10.6% for value added of $0.6 billion.

About Teachers’
With $129.5 billion in net assets as of December 31, 2012, the Ontario Teachers’ Pension Plan is the largest single-profession pension plan in Canada.  An independent organization, it invests the pension fund’s assets and administers the pensions of 303,000 active and retired teachers in Ontario. For more information, including our 2012 and previous annual reports, visit www.otpp.com.  Follow us on Twitter @OtppInfo.