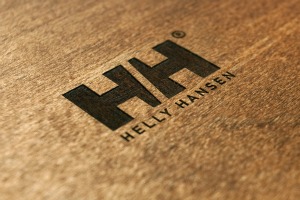 The Ontario Teachers’ Pension Plan — better known simply as Teachers’ — said on Friday it was buying roughly 75 percent of the Nordic company, which designs and markets high-performance outdoor apparel.

The terms of the deal were not disclosed but a source familiar with the deal said Teachers’ paid more than 2 billion Norwegian crowns ($326 million) for the stake, some six times an original investment made by Altor.

The pension fund, which is buying the stake through its private equity arm Teachers’ Private Capital (TPC), said Altor would retain a 25 percent equity interest in Helly Hansen.

Reuters reported earlier this year that Altor had put the clothing brand up for sale.

A number of major retailers including apparel giant VF Corp, , U.S. consumer products maker Jarden Corp, French luxury and retail group PPR — owner of both Gucci and Puma — and Columbia Sportswear Co all expressed some level of interest in the company, according to banking and industry sources.

With roughly C$117 billion ($114 billion) in net assets Teachers’ is the largest single-profession pension plan in Canada. It invests and administers the pensions of about 300,000 active and retired teachers in Ontario, Canada’s most populous province.

TPC manages a global portfolio valued at about C$12 billion. Teachers’ private equity investments over the last two decades have achieved an average annualized return of close to 20 percent.

Teachers’ and Canadian peers like Canada Pension Plan Investment Board (CPPIB), and Caisse de depot et placement have been among the world’s most active dealmakers in recent years, making major bets both in Canada and overseas. The investments have focused largely around real estate, natural resources and infrastructure projects.

The Nordic region has been a buzzing center for private equity deals in the past year thanks to healthy economic growth rates and strong local banks.

Sources have said Altor is also preparing to sell Swedish food supply business Eurocater in a deal which could fetch 500 million euros.

Altor bought Helly Hansen in 2006 for reportedly around 800 million Norwegian crowns, with roughly half in debt and half in equity. At the time the company had launched a reorganization plan based on integrating production with sales, and cutting underperforming staff and stores.

The private equity firm reportedly recovered its initial investment in Helly Hansen over a year ago, when it sold Helly Hansen Pro — a subsidiary that focused on survival suits, boat canopies and textile-based products for agriculture, industry and health sectors — to Montagu Private Equity.

Helly Hansen traces its roots back to a Norwegian mariner of the same name, who produced his first oilskin weather protective waterproof jacket in 1877. It today produces specialty sailing, skiing and outdoor gear.

“We are pleased to have Teachers’ as a long-term owner of the company,” said Helly Hansen Chief Executive Peter Sjolander in a statement.

“The fund’s strong financial backing and established global footprint will be invaluable as we look to expand the Helly Hansen brand internationally, particularly in North America.”