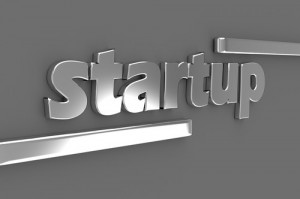 Mistral Venture Partners, an Ottawa-based venture capital firm established in 2012, has closed the first phase of its fund-raising activity. Mistral’s debut partnership raised C$10 million of its targeted C$35 million, the proceeds of which will go primarily toward investments in innovative startups and other companies located in eastern Canada. Mistral’s team includes general partners who  have invested in more than 50 companies and deployed in excess of C$250 million across multiple venture capital funds.

Today, Mistral Venture Partners announced the close of their first round of venture capital funding. Originally set to close at $10 million, managing director Code Cubitt, is pleased to announce that this round was oversubscribed. The Fund’s overall target is $35 million. Mistral is the first new fund to close in Ottawa in over a decade and brings a breath of fresh air to Ottawa’s cash-starved startup community.

Less than 11 months ago, upon the launch of Invest Ottawa, the organization’s CEO and President, Bruce Lazenby, identified the shortage of venture capital as a key challenge for the City’s lead economic development corporation.

“Bruce made this a top priority for the Invest Ottawa team and took the lead in selling the concept of a new fund in Ottawa,” said Cubitt. “After meeting with Bruce and Mayor Watson and looking closely at the investment opportunities in the city, it was clear to me that there is great potential in Ottawa.”

Following initial meetings in Ottawa with Lazenby and Ottawa Mayor Jim Watson, the fund was announced in July of 2012 and closed its first round in less than six months. The typical timeframe to close a round is 12 months or more, suggesting that the investment community in Ottawa is starting to revive. In fact the investment deal activity in Ottawa, through to the end of Q3 2012, totalled $114 million. This is tracking ahead of 2011, and, with Mistral and other activity in Ottawa, Invest Ottawa expects this number to rise again in 2013.

“This is tremendous news for Ottawa’s startup community and a key component for growth for our knowledge-based businesses,” said Ottawa Mayor Jim Watson. “Crucial investment dollars for our emerging companies will lead to job creation and sustainable economic development.”

“The establishment of Mistral Venture Partners and the close of its first round in record time is a good signal that Ottawa is getting more dynamic.,” said Bruce Lazenby. “Investors and startups alike are going to want to be a part of what’s happening here. We are building the right ecosystem to cultivate the next generation of success stories.”

With strong partnerships in the U.S. and China and experienced local VCs, Mistral will begin looking at early-stage companies that need first or second round funding. Deal activity is expected to begin early this year.

Mistral Venture Partners is a newly formed Canadian investment firm, leveraging a team with decades of successful venture capital experience and a global network of co-investors and advisors. Mistral’s team have, collectively, invested in more than 50 companies and deployed in excess of $250 million across multiple funds with numerous exits and public offerings to their credit.