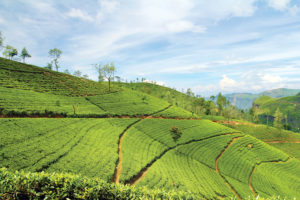 Usually I wake up around 5:30 each morning to the lyrical hum of the highway a few miles away as early commuters head to work. Today, for the first time, the highway was silent. That was eerie.

I’ve had a non-stop run of conversations with folks about the current situation and how they’re approaching it. The biggest issue right now is transparency: it’s impossible to identify, yet, the bottom of this crash and therefore most people are unwilling to make a move, whether on deals, on fundraising, on new business activity.

The Fed’s recent emergency moves did little to stem the tide and that’s because this crash is not about a lack of liquidity (yet), like it was in 2008, it’s a virus that this country’s leadership only recently decided to get serious about. We don’t even understand the extent of the outbreak here because our ability to test people is woefully inadequate.

So the market is understandably hysterical. And that means private equity, by extension, is paralyzed in fear.

The big advantage of private equity is its long-term outlook. These are 10-year funds with expected investment hold periods of three-to-five years. Holds will likely extend longer considering what is happening out there. And private equity has a lot of unspent money waiting in funds to be deployed. What an environment it will be, once we get through this initial shock, for those GPs ready with fresh capital. 2020 could turn out to be an exceptional vintage for private equity investing. We just need to weather these initial few weeks of fear. I want to hear your views on all this. Reach me at cwitkowsky@buyoutsinsider.com

So where are the potential pain points in private equity?

Transparency: GPs and LPs are desperately working to get a full view of the impact the crash is having on their portfolios. GPs of course need to understand how portfolio companies are faring; LPs also need to understand each of their GPs’ funds, and the underlying portfolio companies in those funds and how they stand. That is challenging for LPs, trying to achieve a clear view of their holdings.
GPs issue quarterly reports on fund activity and performance. The Dec. 31 reports were rendered irrelevant almost overnight, and the March 31 reports will not be out for some time … so LPs are stuck in this limbo of uncertainty.

“LPs are calling GPs and asking them what’s going on, what the pressure points are in the portfolio,” a source told me. “Certain GPs seem to be more ahead of the curve in getting this done. Certain GPs are more proactive in calling LPs and saying, ‘as of now, this is where we stand.'”

Fundraising: Most funds are forecasting an additional three-to-six months on the fundraising trail, and that’s an optimistic view. Perhaps the biggest obstacle to fundraising is the inability of limited partners to perform on-site due diligence, a major part of a prospective investor’s decision-making process of committing to a new fund. With restrictions on travel and in-person meetings, on-site visits won’t be happening for a while.

“The thing is, if you’re trying to launch now, you can’t get meetings with anyone. You can send a powerpoint off to their home addresses, but the whole process is slowing significantly,” said a placement agent.

Also coming into view is the fear of LPs of being overcommitted to illiquid investments like private equity as their public holdings nosedive. It’s still early to understand if the dreaded denominator effect is going to impact fundraising, but it’s something everyone is watching.

Deals: LOL. There will be a moment when deal flow suddenly explodes, as GPs have a lot of money ready to deploy into the market, and valuations are going to be way down. But that moment isn’t today.

However, a few folks have pointed out scenarios where banks, in order to shed risk especially in underperforming portfolios, decide to call in sub lines. This would require the GP to make one big capital call to close out the credit facility, and then it would fall to LPs to fund that capital call. At that point, you hope no LPs decide to renege on the capital call.

There’s no hint of that sort of scenario playing out right now, but it’s an area to watch.

Spectrum Equity is embarking on what is expected to be one of the quick fundraising processes in the market, even amid the pandemic that has ground economic activity almost to a halt. LP and consulting sources feel the most in-demand GPs will get funded, even as the economy struggles, while any other type of fund, including emerging managers, will have to pause for at least three-to-six months.

Spectrum, raising its ninth fund, is in the former category. And the firm is considering shifting to deal-by-deal carry for its new pool. Read it here on Buyouts.

Slainte, Hubsters. Reach me with your thoughts, tips, gossip, whatever at cwitkowsky@buyoutsinsider.com, on Twitter or find me on LinkedIn.