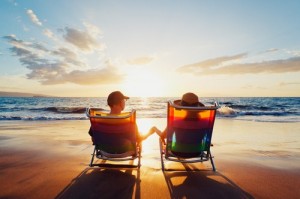 I’m getting into vacation mode, everybody, typing furiously in anticipation of the several days of beach life fast approaching… Of course, scoops never sleep. Send me any tips or interesting private equity news in the meantime, and I’ll get right on it as soon as I can.

But first, I leave you with more than one update relating to pharma services, where companies across the spectrum continue garnering top notch multiples as funding levels for their end-market show no indication of slowing.

Timely: After Europe’s GHO Capital not long ago stepped up to buy ClearView Healthcare Partners in a $700 million-plus transaction, another similar but larger global life sciences consultancy business looks likely to ride the coattails of this outcome, I’ve learned.

A sale process is expected to kick off later this quarter for Parthenon Capital-backed Trinity Life Sciences, which sources tell me is projecting upwards of $50 million in 2021 EBITDA. Jefferies and SVB Leerink have been engaged for financial advice, sources said.

Trinity, bought by Parthenon in March 2018, provides commercialization strategy and analytics services, ultimately helping life sciences companies bring products to market. As its M&A playbook has reflected, Trinity has looked to differentiate with technology; Around one-third of the company considered tech-enabled recurring revenue, one source noted.

Check out my full report on PE Hub for all the deets.

For Coatue, which led the $220 million round, Reify fits within its current focus on “investing in what [the firm] thinks are innovative companies at the intersection of healthcare and technology,” said Aaron Weiner, who as a managing director at Coatue, leads the firm’s healthcare investing efforts in public and private markets. Notably, Weiner joined Coatue in February after four years on Blackstone’s healthcare investment team.

Plastics: We’ve also got what looks like a sizable transaction announcement in the plastics space, with Wind Point Partners and Ontario Teachers’ Pension Plan Board having sold Aurora Plastics, a provider of specialty materials solutions, to Nautic Partners. Aurora primarily serves the building & construction, industrial and consumer end-markets.

Wind Point and OTTPPB bought the company in August 2016 in partnership with industry veteran Darrell Hughes, who joined the Company as CEO. During the pair’s five-year-long ownership, Aurora’s volumes more than doubled, new products and capabilities were introduced, and the company expanded its geographic presence through the addition of three facilities located in Quebec, Massachusetts, and Texas.

That’s it! Have a good week ahead, and as always, write to me at springle@buyoutsinsider.com with any feedback, tips or just to say hello.