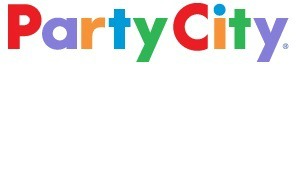 (Reuters) – Private equity firm Thomas H. Lee Partners is in final discussions to buy Party City, North America’s largest retailer of party goods such as balloons and Halloween costumes, for as much as $2.8 billion, according to people familiar with the matter.

Private equity owners of Party City have chosen THL for negotiations after final offers came in last week, and a deal could come in the near future, the sources said.

Boston-based THL has prevailed over two other private equity suitors in the race — BC Partners and a consortium of Leonard Green & Partners LP and TPG Capital Management, they said.

The sources, however, cautioned that a deal has not been reached yet and the company could still turn to other parties. Party City is currently negotiating a final price with THL and an outcome is expected in the next several days, they added.

Owners have asked for 10 times Party City’s earnings before interest, tax, depreciation and amortization (EBITDA) of roughly $280 million, valuing the company at $2.8 billion, according to the people familiar with the matter.

A final price is expected to be somewhere between $2.6 billion and $2.8 billion, the sources said.
Party City, co-owned by buyout firms Advent International Corp, Berkshire Partners LLC and Weston Presidio, has been exploring a sale after filing for an initial public offering last year, sources told Reuters previously.

A sale to another private equity firm — known as a secondary buyout — comes as the traditional route for exits, the IPO market, faces challenges from weak global markets and Facebook’s troubled IPO.

Goldman Sachs Group and Deutsche Bank, who are part of the IPO underwriters, have also been advising Party City on a potential sale, the sources have said.

Berkshire Partners and Weston Presidio acquired the company in 2004, and Advent International invested in the firm four years later. The buyout firms together control 91 percent of the company.