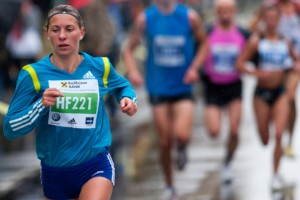 Patria Investimentos, the Brazil-focused private equity shop backed by The Blackstone Group, has emerged first among a group of contenders raising money for new Brazil funds.

The firm recently closed its Patria Brazilian Private Equity Fund V on about $1.8 billion, including $1.75 billion of outside capital and an about $57.5 million GP commitment. Patria beat its $1.5 billion target on Fund V, collecting capital from around the world, driven by heavy demand from limited partners in the United States, as well as Canada, the Middle East and Asia.

Conspicuously absent, however, were local pensions in Brazil. These institutions have long demanded investment committee seats, taking more control over investment decisions than most GPs, or other LPs, are comfortable with.

“They want more control over the investment committee and this is not acceptable to us,” said Marco D’Ippolito, Patria’s private equity partner.

Patria has been in continual discussions with Brazilian local pensions, D’Ippolito said. “My sense is that they are still reluctant to really do it,” he said, referring to local pensions giving up their demands for investment committee seats. “I think it will happen. It’s just a matter of time.”

Not that this matters too much. Patria does not have trouble raising capital outside of its home country. The firm worked with Blackstone’s placement agent shop, Park Hill Group, and raised the fund in about eight months, D’Ippolito said. Patria raised $1.25 billion for its fourth fund in 2011 and $630 million for its third fund in 2008.

Patria raised the fund in a fairly crowded fundraising market in Brazil. PeHUB broke news in May that Advent International is slated to bring its sixth Latin America fund back to market with a $2 billion target. The New York Times reported recently that Gavea Investimentos is nearing a final close on $1 billion on its latest offering, and also that The Carlyle Group is raising capital for a Brazil fund targeting about $452 million. Reuters reported that Grupo BTG Pactual is targeting $1.5 billion for its next fund, and an LP source said Vinci Partners is expected back to market this year.

“Some of the major Brazilian players are back in the market and we would expect to see an increase in fundraising numbers compared to 2013,” Caitlin Mitchell, a spokeswoman for the Latin American Private Equity and Venture Capital Association, said recently.

Fundraising in Brazil was down last year at $2.34 billion, down 35 percent from 2012, according to LAVCA. Fundraising across Latin America totaled $5.5 billion last year, LAVCA said.

With more capital flowing into Brazil, competition for attractive deals will heat up. However, Patria chases opportunities in the middle market that it believes are proprietary. Patria focuses on sectors that fulfill “basic needs,” such as education, housing, healthcare, transportation and infrastructure, D’Ippolito said. It is careful about opportunities in the consumer sector because of their volatility, he said.

“Private equity envisions a five year term, so to get in at the high and exit four years later, during a low of the cycle, this will significantly jeopardize your whole strategy,” D’Ippolito said. “We are very selective when thinking about consumer.” Long term, however, the trend for the consumer sector is positive “because the middle class has grown so fast,” he said.

Patria also has some flexibility to look outside of Brazil for opportunities. About 25 percent of the capital in Fund V can go to investments in other countries in the region, D’Ippolito said.