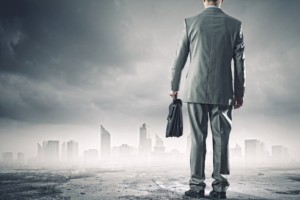 Brian Sullivan, a partner at Paul Capital, has left the firm and joined Grosvenor Capital Management to work on its growing private equity team, according to a person with knowledge of the situation and a Paul Capital investor letter seen by peHUB.

Sullivan, who joined Paul Capital in 1999, was one of seven partners at the firm. Other partners are David de Weese, Dan Mulderry, Phil Jensen, Guy Rico, Elaine Small and Simon Guenzl.

[contextly_sidebar id=”LZIgTDNWHtKVjjsXnkTJP5DrgHY3o2Y4″]It is not clear exactly why Sullivan left. Paul Capital decided earlier this year to wind down after failing to get close to its $2 billion target on Fund X. Sullivan is expected to remain on the firm’s board of managers. “Brian’s other current responsibilities have been re-assigned within the firm,” the letter said.

Meanwhile, Paul Capital, which specializes in secondary private equity investments, has hired secondaries intermediary Cogent Partners to sell off remaining assets in Fund VII, a 2001 vintage fund that raised $800 million, according to two market sources. It is not clear if the sale will include assets from other funds as well.

Total value remaining in Fund VII is about $80 million, according to one of the secondary market sources.

Several Paul Capital funds continue to be active, including funds VII, VIII, IX and X. Fund X raised at least $145 million and has made some investments. LPs in the fund, including the New Hampshire Retirement System, will pay Fund X fees on invested capital.

LPs in Fund IX, which closed on $1.65 billion in 2008, have continued to agitate for concessions from the firm on the issue of fees. An LP group in Fund IX believes investors should get fee breaks since the firm is winding down, has closed offices and has an ever-shrinking staff.

“Most feel the right thing to do was obviously give a fee break,” the secondary market source said. “With secondary funds, once you’ve made the investment, there’s not a whole lot you need to do after you invest.”

Earlier this year, Paul Capital partner de Weese defended the firm’s not dropping fees. “Fees are not the issue, since most of the funds are well beyond significant fees. As to the number of staff, our intention is to staff appropriate to the requirement of the assets and our LPs. Over the next four to six years, as assets are realized and funds are closed, staffing may well decline, but that will be natural attrition.”

At the time, de Weese told peHUB that Paul Capital had 29 employees, including the partner group.