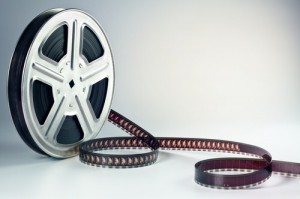 Entertainment One, Ltd. has closed its C$225 million takeover of Alliance Films, Inc.  The Toronto-based Entertainment One, which specializes in the global acquisition, production and distribution of film and television content, has been owned by British private equity firm Marwyn Invesment Management LLP since 2007.  Montréal’s Alliance Films, a distributor of motion pictures in Canada and Europe, was also acquired in 2007 by Goldman Sachs Capital Partners and Investissement Québec.

TORONTO, ONTARIO–(Marketwire – Jan. 9, 2013) – Today the Board of Entertainment One Ltd. (“eOne” or “the Group”) (LSE:ETO) announces the completion of its transaction to acquire Alliance Films, a leading independent distributor of filmed entertainment products in Canada, the United Kingdom and Spain, from affiliates of Goldman Sachs Capital Partners and Investissement Québec for approximately CAD$225 million. The completion of the transaction follows clearance by the Canadian Competition Bureau last week.

The integration of Alliance Films significantly broadens eOne’s filmed entertainment library to over 35,000 titles; enhancing its offering of premium content across all platforms.

“This acquisition delivers on eOne’s long-term growth strategy to invest in content, maximize rights ownership and expand our international footprint,” said Darren Throop, President & CEO, Entertainment One. “We want to recognize Alliance’s leaders who have built a passionate team with a remarkable understanding of the international film business and their markets. We look forward to forging relationships with our new partners, representing the very best in independent film across the globe, and delivering opportunities for continued growth by eOne on a multi-territory multi-platform basis. This acquisition better positions eOne to generate significant value for shareholders.”

eOne now offers more opportunities to work with quality films and talented film makers from around the globe. In addition to eOne’s existing output and strategic distribution relationships with Summit, Lakeshore, Lava Bear, Morgan Creek, among others; the transaction brings eOne output agreements with Lionsgate in Canada, Summit and Lionsgate in Spain and Relativity in Canada and the UK.

Leadership for the combined company will report to Darren Throop. Throop announced today that Patrice Théroux will continue to lead the Film business. eOne also announced that former Alliance CEO Victor Loewy and former Alliance President Charles Layton have left the Company to pursue other interests.

“We’re delighted to welcome Alliance’s talented team to the eOne family. eOne is made up of the gifted teams brought together through the effective integration of Les Films Seville, Contender, RCV, Oasis International, Barna Alper, Blueprint, Hopscotch, among others, and we have no doubt that our strong entrepreneurial organization will be further strengthened with the addition of our new colleagues,” said Théroux. He added, “We’re pleased to extend our robust international distribution infrastructure into Spain. Our enlarged platform and increased presence on the ground will create meaningful opportunities for innovation and growth throughout all territories and across our divisions.”

The Group will begin the integration process and will work quickly to bring the companies together under eOne. eOne’s Television, Music and Distribution businesses remain unchanged by the transaction.

Entertainment One Ltd. (LSE:ETO) is an international entertainment company that specializes in the acquisition, production and distribution of film and television content. The company’s comprehensive network extends around the globe including Canada, the U.S., the UK, Ireland, Spain, Benelux, France, Germany, Scandinavia, Australia, New Zealand, South Africa and South Korea. Through established Entertainment and Distribution divisions, the company provides extensive expertise in film distribution, television and music production, family programming and merchandising and licensing. Its current rights library is exploited across all media formats and includes more than 35,000 film and television titles, 2,700 hours of television programming and 45,000 music tracks.

For information or to schedule an interview, please contact:
Jackie Rubin
416-979-7256
jrubin@entonegroup.com