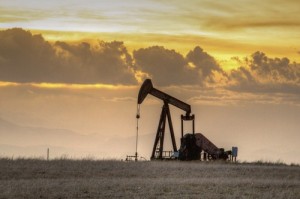 Niska Gas Storage Partners LLC, an owner and operator of natural gas storage with offices in Calgary, Alberta and Houston, Texas, recently completed an equity restructuring with private equity backer Carlyle/Riverstone Energy Holdings. As a result of the restructuring, Carlyle/Riverstone’s ownership of the company (excluding previous and new incentive distribution rights) decreased from 74.9% to 50.3%. Carlyle/Riverstone acquired Niska, formerly a division of EnCana Corp., for $1.7 billion in 2006.

Niska Gas Storage Partners LLC (NYSE: NKA) (“Niska” or the “Company”) announced today the completion of an equity restructuring with affiliates of Carlyle/Riverstone Energy and Power Fund II and Carlyle/Riverstone Energy and Power Fund III (collectively the “Carlyle/Riverstone Funds”). In the restructuring, Niska’s 33.8 million subordinated units and previous incentive distribution rights (all of which were owned by the Carlyle/Riverstone Funds) were combined into and restructured as a new class of Incentive Distribution Rights (referred to herein as the new IDRs). The equity restructuring, which does not require any further consents or approvals, is effective today. The transaction was unanimously approved by Niska’s Board of Directors, on the unanimous approval and recommendation of its Conflicts Committee, which is composed solely of independent directors.

“This equity restructuring better positions Niska for distribution growth and is an important step in Niska’s efforts to increase potential returns to its common unit holders,” said Simon Dupéré, President and Chief Executive Officer. Mr. Dupéré continued, “This restructuring eliminates the requirement to pay the subordinated unit distribution prior to increasing distributions on our common units. Niska’s common units, over half of which are held by the public, can now participate in any distribution increases declared by our Board of Directors. Prior to the restructuring, the first $12 million of incremental quarterly cash distributions above the minimum quarterly distribution paid to our common unitholders would have been payable to the subordinated units held by the Carlyle/Riverstone Funds.” Mr. Dupéré stated further, “This restructuring demonstrates continued support from our private equity sponsor and more clearly aligns the interests of the Carlyle/Riverstone Funds with those of our public common unit holders. We believe the elimination of the potential distributions to subordinated units also enhances Niska’s access to the equity capital markets, if required.”

The following table sets forth the quarterly distribution allocations before and after the restructuring: