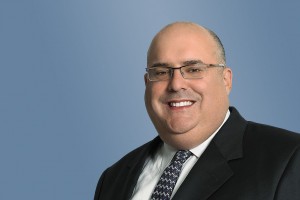 Why would a GP leave the private equity firm he co-founded to return to his roots as an attorney?

So he could advise on complex deals. That’s according to Mitchell Presser, who joined Freshfields Bruckhaus Deringer, the global law firm, earlier this week. Presser is now head of U.S. M&A at Freshfields. He plans to help Freshfields build out its M&A, leveraged finance, capital markets and employee benefits unit to 20 to 25 attorneys, Presser said.

Presser spent 17 years at Wachtell, Lipton, Rosen & Katz, the vaunted M&A law firm. He left Wachtell in 2006 to co-found Paine & Partners, a specialty buyout shop focused on investing in food and agribusiness. In 2007, the PE firm closed a $1.2 billion fund.

[contextly_sidebar id=”sfkvEu293gFGk2ehmziqcBf0GXqjuvQ4″]Presser actually left Paine & Partners seven months ago. He said he spent the intervening time figuring out what to do next. Presser said he has a “passion” for addressing complex deals and making them simple to create value. “That is only one part of what I found I was doing in PE and [I] really wanted it to be my focus,” he said.

His departure from Paine did not trigger any key man provisions in the firm’s third fund, Presser and sources said. One person noted that Presser did not go to a competitor and actually became a Paine senior adviser in January. His departure was “not a major factor” for LPs, the person said.

Mergers, Presser said, are a global and complex business. The key to unlocking real value for companies in global deals is the ability to address risks in far-flung jurisdictions, he said. “That’s where the opportunities are,” Presser said.

While Presser was at Paine & Partners, the PE firm acquired a majority of Eurodrip, which makes drip irrigation systems for agricultural applications. The 2012 investment was risky. Eurodrip was based in Athens, Greece, and the deal came during the height of the European debt crisis. Freshfields advised on the transaction and helped Paine & Partners identify the risks, Presser said. “They helped us get comfortable making the investment.”

Paine & Partners, for its part, is now out marketing its fourth fund. Paine & Partners Capital Fund IV LP is seeking $850 million and has collected more than half, or $476 million, according to an Aug. 12 SEC filing. Probitas Partners is the placement agent for the fund, the filing said.

Fund III, when it launched in 2007, was more of a generalist that became focused on agribusiness as Paine invested, the source said. The firm’s fourth fund will make solely agribusiness deals, the person said.

Fund III is producing a 7.5 percent net IRR and a 1.34x investment multiple as of Dec. 31, according to performance data from the Regents of the University of California.