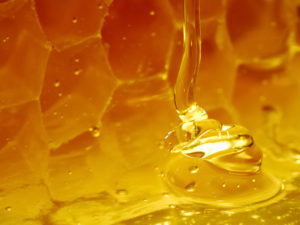 PayPal is making its biggest deal ever with its agreement to buy Honey Science Corp for about $4 billion. Honey is a consumer and rewards platform out of Los Angeles that aims to help consumers find deals as they shop. The deal will give PayPal an earlier foothold in the customer’s shopping journey, TechCrunch said. I’m told this was not a process but that PayPal has known the Honey team for a number of years.

Honey has raised $37.67 million in venture funding, including $26 million in 2017 from Anthos Capital, PitchBook said.

Shades of 2000. Charles Schwab is in talks to buy its much smaller rival TD Ameritrade, CNBC is reporting. The deal is valued at $26 billon, the New York Times said. An announcement could come this morning. I remember when online trading was the rage, but the industry recently has been going through major disruption. All of the major brokerages have announced plans to go zero commissions, CNBC said.

Cinven and Astorg have won the LGC auction, which KKR put up for sale earlier this year. The British scientific measurement and testing company is valued at about 3 billion pounds ($3.9 billion), according to the Financial Times. Bidders included Blackstone, Advent and Leonard Green, Reuters has reported.

Symphony Technology Group looks like it will be exiting First Advantage after nine years. Symphony is close to finding a buyer for the background screening software company that it acquired in 2010, Milana Vinn is reporting.

Funds: Cortec Group this month held the first and final close of its seventh mid-market fund. Read Kirk Falconer’s report to find out how much Cortec raised.