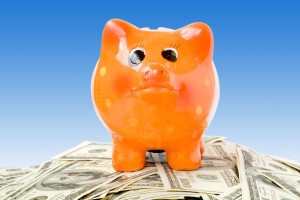 Insurance deals may have provided some welcome M&A relief this year, but the same can’t be said for financial services transactions as a whole.

This year, private equity investment in financial services plunged almost 47%, by deal value. There have been 30 U.S. announced transactions in financial services so far in 2012, totaling $1.6 billion, according to data from Dealogic. This compares to 33 U.S. buyouts last year, valued at nearly $3 billion.

Concern over the fiscal cliff, sovereign debt problems in Europe and issues with the U.S. economy have stalled deals, sources say. “It has been light,” says one private equity executive when asked about the lack of financial services transactions.

The industry is in transition as it deals with pending regulatory changes, sources say. Lawmakers are finishing up the Dodd-Frank Act. The law is considered the biggest regulatory overhaul of  the financial services industry since the Great Depression. Much of Wall Street’s ire has focused on the Volcker rule, part of Dodd-Frank. The provision caused some banks to separate their PE units. (Others are still working on it.) A final draft of Volcker is now expected in first quarter 2013, CNBC says.

“The regulatory dynamic is changing materially,” the PE exec says.

Still, this year saw some notable financial services deals involving PE. The biggest U.S. buyout involving a financial services firm is the $400 million rescue package for Knight Capital. Jefferies led the group of investors, which included the Blackstone Group. Next up is Lee Equity’s $263 million buyout of Edelman Financial, the wealth manager.

PE investment in banks was even worse in 2012. Gone are the days where PE firms invested large amounts in banks. Deal sizes have shrunk. So far this year there has been eight U.S. bank buyouts, totaling $236 million. This is down from eleven deals in all of 2012 valued at about $2.5 billion, Dealogic says.

For private equity, Investing in banks can be a long, drawn out process. PE firms typically cannot own more than 24.9% of a bank or risk being deemed a holding company by the Federal Reserve. Such a bar may be painful but doesn’t stop private equity from investing in banks, a different PE executive says. Most pointed to regulators as the reason deals have dropped.

“Regulators are letting the system heal and not encouraging consolidation as a way to heal it,” a third private equity executive says.

The second source says his firm has looked at over 200 bank deals in the past few years. Regulators, the exec says, have tried to steer deals away from PE or have not been very supportive of banks getting PE investments. “The pickings have not been that great,” the person says.