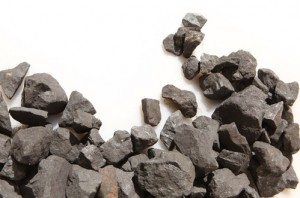 South Korean private equity firm EQ Partners is reported to be part of the consortium that bought a 15% stake in ArcelorMittal Mines Canada, Inc. (AMMC) from Luxembourg’s ArcelorMittal SA for US$1.1 billion.  The New York Times reported that EQ Partners is one of the financial investors in the pending deal.  South Korean steelmaker POSCO and Taiwan’s China Steel Corp. led the investor group, according to the announcement on January 2, 2013 (below).  The Montréal- based ArcelorMittal Mines Canada operates a major iron ore mine and related infrastructure in the Labrador Trough of Québec.

ArcelorMittal agrees to sell a 15% interest in ArcelorMittal Mines Canada for $1.1 bln to a Consortium led by POSCO and China Steel Corporation

Luxembourg, 2 January 2013 – ArcelorMittal announces today that it has entered into an agreement pursuant to which ArcelorMittal’s wholly owned subsidiary ArcelorMittal Mines Canada (AMMC) and a consortium led by POSCO and China Steel Corporation (CSC) will enter into a joint venture partnership that will own ArcelorMittal’s Labrador Trough iron ore mining and infrastructure assets. The consortium will acquire a 15% interest in the joint venture for total consideration of $1,100 million in cash, with AMMC and its affiliates retaining an 85% interest.

As part of the transaction, POSCO and CSC will enter into long-term iron ore off-take agreements proportionate to their joint venture interests. This move is part of ArcelorMittal’s strategy to build strategic relationships with key customers.

In addition to POSCO and CSC, the consortium includes certain financial investors.

The transaction is subject to various closing conditions, including regulatory clearance by the Taiwanese Government, and is expected to close in two instalments in the first and second quarters of 2013.

Peter Kukielski, Chief Executive, Mining at ArcelorMittal and a member of the group management board, said: “We are committed to growing ArcelorMittal’s mining business. This joint venture incorporating a long-term off-take agreement is consistent with our strategy to forge strategic relationships with key customers as we build our global mining business. The consortium will be an excellent partner as we pursue further expansion at AMMC.”

ArcelorMittal is the world’s leading integrated steel and mining company, with a presence in more than 60 countries.

ArcelorMittal is the leader in all major global carbon steel markets, including automotive, construction, household appliances and packaging, with leading R&D and technology. The Group also has a world class mining business with a global portfolio of over 20 mines in operation and development, and is the world’s 4th largest iron ore producer. With operations in over 22 countries spanning four continents, the Company covers all of the key industrial markets, from emerging to mature, and has outstanding distribution networks.

Through its core values of sustainability, quality and leadership, ArcelorMittal commits to operating in a responsible way with respect to the health, safety and well-being of its employees, contractors and the communities in which it operates. It is also committed to the sustainable management of the environment. It takes a leading role in the industry’s efforts to develop breakthrough steelmaking technologies and is actively researching and developing steel-based technologies and solutions that contribute to combat climate change. ArcelorMittal is a member of the FTSE4Good Index and the Dow Jones Sustainability World Index.