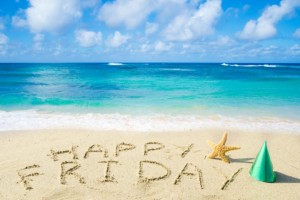 Things seem to be looking up in private equity land.

A Duff & Phelps poll conducted June 10 found almost a quarter of respondents expected Q2 fund net asset values to be up 1-5 percent, while another 22 percent said they’d be down 6-10 percent, according to a story on Private Funds CFO.

Meanwhile, nearly 53 percent of respondents, in a pool of 300, said first-quarter valuation estimates were down between 11 and 20 percent, with another 11 percent reporting a more than 20 percent decline, the story said. About 26 percent said the decrease was less than 10 percent.

The good news is that, as public markets have rebounded, the pressure on private equity valuations, which use public market equivalent companies as a performance measure, eases.

“Certain sectors are still getting hammered, restaurants, travel, leisure, where businesses haven’t snapped back quickly,” an LP told me this week. “Those businesses will suffer valuation pressures. But things overall probably won’t be quite as bad as people feared in March and early April.”

Once Q2 numbers come out in August and September, deal activity is expected to come back in a rush and perhaps things will really start to get back on track.

All is dependent of course on whether the gradual reopening across the country is able to continue, and recent spikes in infections, hospitalizations and deaths in certain states don’t become widespread.

What are your thoughts on PE performance as we move through the third quarter? Hit me up at cwitkowsky@buyoutsinsider.com.

The pension plans to cut its target PE allocation to 6 percent from 8 percent, cutting its minimum PE allocation to zero from 3 percent. This means investment staff could choose to have no private equity if it sees fit.

The system’s CIO attributed the move to the mediocre performance of the private equity portfolio. San Diego County soured on alternative investments for a few years now, and decided to cut back on hedge funds. So this move isn’t necessarily linked to the pandemic downturn.

“Given where valuations are in private equity and real assets and given the reality that we have had single-digit returns from inception from our private assets, it’s prudent to be much more careful and patient and focus on those and just put the money in public market equities,” CIO Stephen Sexauer said at the pension board meeting June 18.

San Diego County is making a contrarian move, especially as most public pension systems are looking for more exposure to private equity. It’s also a strange time to be pulling back from the asset class — historically, the best performing vintage years come just after downturns, when PE can find great values on strong companies. Pulling back now may not be in the best interest of beneficiaries whose retirement is secured in part by investment performance.

Have a great weekend! Reach me with your thoughts, tips, gossip, whatever at cwitkowsky@buyoutsinsider.com, on Twitter or find me on LinkedIn.