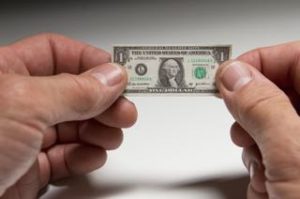 The private equity firms that acquired Freescale Semiconductors in a mammoth $17.6 billion deal nearly nine years ago are finally getting their money back.

NXP Semiconductors NV said earlier this week it would buy Freescale in a deal valued at $11.8 billion. Including debt, this comes to $16.7 billion.

The sale to NXP values Freescale at $36.14 a share. The Blackstone Group, TPG Capital, Carlyle Group and Permira Advisers own about 205.6 million shares, or 65 percent of Freescale. At $36.14, the four will make about $7.4 billion. That comes to about $1.9 billion per PE firm, which is a little more than cost. Still, it is better than the 44 percent paper loss the four sponsors were showing when Freescale went public in 2011.

Some industry watchers didn’t expect the Freescale deal to end positively for the private equity sponsors. “This was a tough one,” a source familiar with the situation said. “[Freescale] has done a tremendous amount in the course of nine years.”

The merger will make the combined companies an industry leader within the auto and industrial semiconductor markets, Reuters said.

“Consolidation in the industry makes a lot of sense,” said Cody Acree, senior research analyst for Ascendiant Capital Markets LLC. “These companies make more because of scale. But it’s not something that shows up on a quarterly basis.”

Blackstone, Carlyle Permira and TPG acquired Freescale in 2006 for $17.6 billion. The PE firms invested $7 billion equity in the deal or about $1.75 billion each, Buyouts has reported. Freescale doesn’t appear to have paid out any dividends since the sale.

The four sponsors took Freescale public in 2011. As a group, they owned about 205.6 million shares of Freescale at the time of IPO, or 80 percent of the company. The four PE firms never sold Freescale stock after the offering. Freescale itself sold 35 million shares in a secondary sale in February 2014, using the $625 million in proceeds to pay off debt, SEC filings said.

While the firms held onto their stakes, they did heap loads of debt onto Freescale. The Austin chipmaker said in its 2014 annual report that it is “highly leveraged.”

Freescale had $832 million in long-term debt in September 2006 (plus an additional $353 million in other liabilities), according to an earnings statement from that time. That ballooned to $6.7 billion when Freescale went public in 2011. Long-term debt stood at $5.5 billion as of Dec. 31, according to the 2014 annual report, while total liabilities came to roughly $6.9 billion. NXP is assuming $5 billion in Freescale debt, a statement said.