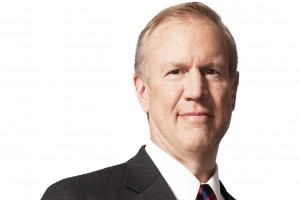 People with close ties to the private equity and venture capital industries had contributed more than $2.25 million to former GTCR partner Bruce Rauner’s Illinois gubernatorial campaign as of Sept. 19, according to an analysis of Illinois State Board of Elections data by sister magazine Buyouts.

The contributions represented a significant slice of the $40.2 million raised by Rauner’s campaign committee, Citizens for Rauner Inc, as of the same date, according to Illinois State Board of Elections filings. Rauner, who is running in a tight race as a Republican, has contributed roughly $11.1 million of his own money to the campaign committee as well. It is not clear if Rauner is raising money for the campaign through other vehicles.

“He’s a great campaigner,” Anderson Pacific Corp’s Anderson told Buyouts. “He’s got all the right traits for the job.”

Investment bankers, hedge fund managers and attorneys were excluded from the Buyouts final tally, although many people within those industries have donated heavily to the campaign. Kenneth Griffin, founder and chief executive of Chicago-based hedge fund Citadel, has contributed almost $4.6 million to the campaign through donations and the use of a privately owned aircraft, according to election board filings.

Illinois requires contributors to self-report employer and occupation information if their contributions exceed $500. Buyouts used that information to identify individuals who have worked within organizations that have significant private equity or venture capital businesses. The information provided by contributors is not verified by the State Board of Elections. However, campaign committees do treat the data as true “to the best of the campaign’s knowledge,” according to an elections board spokesman.

Rauner, who spent more than 30 years as a top executive at Chicago-based private equity firm GTCR, has developed a strong network of supporters within the alternative asset industry, sources told Buyouts. Rauner retired from the firm in 2012.

“It’s logical. If you are raising money for your company, where do you go? You go to your friends and family,” former Fruit of the Loom President and LV Ventures founder William Farley told Buyouts. Farley has contributed at least $25,000 to Rauner’s campaign. “They know him. They trust him. They believe in him. And they know something has to be done.”

Many of the contributors contacted by Buyouts indicated that they had been disappointed by current Illinois Governor Pat Quinn, a Democrat who first assumed office in 2009 after Rod Blagojevich was removed following his arrest on federal corruption charges. Quinn defeated Republican candidate Bill Brady in the 2010 gubernatorial election.

Illinois has struggled with a budget crisis and ongoing issues related to the health of its multi-billion pension system since the financial crisis. In July, Standard & Poor’s Ratings Services revised its outlook of the state’s A-minus rating to negative, the lowest of any U.S. state, Reuters reported.

“We’re on the verge of reaching the point of no return and becoming the next Detroit,” one private equity executive who donated to Rauner’s campaign told Buyouts, adding that he believes Illinois is losing business to neighboring states. “People and capital are mobile…High net worth people and successful businesses are more mobile.”

The point was echoed by Opus Global CEO Doug Bergeron, who knows Rauner from GTCR. Bergeron was previously the CEO of payments technology company VeriFone, which GTCR acquired through a recapitalization in 2002.

In addition to contributing $10,300 to the campaign, Bergeron hosted a fundraiser for Rauner at his home in California, he told Buyouts. His support stems from his belief that Rauner will reduce taxes for Illinois-domiciled companies and simplify processes at some of the state’s more complicated bureaucracies.

Rauner held a slight lead over Quinn in the polls as of Sept. 22, according to polling data compiled by Real Clear Politics. A representative of Rauner’s campaign did not respond to several requests for comment.