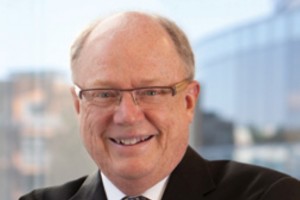 I always enjoy talking to veteran limited partners, especially those who have left their roles after many years and have a chance to look back on what they were able to accomplish and the evolution of the private equity industry.

So I was happy to get a chance to chat recently with Doug Pearce, CEO and CIO of British Columbia Investment Management Corp. (bcIMC) Under Pearce’s watch, bcIMC grew its assets under management from around C$16 billion in 1988 to around C$102.8 billion. The institution announced earlier this year Pearce was retiring, and that bcIMC expects to name a new CEO by March 2014.

Pearce helped introduce and grow the alternatives portfolio at bcIMC. The private equity portfolio, which as of March 31 had about C$10.3 billion in commitments, exists because of Pearce’s vision and leadership.

Embracing diversity: Pearce’s first order of business after joining the Canadian institution 25 years ago was to diversify into alternative investments, mostly real estate.

bcIMC, which helps finance the retirement benefits of more than 500,000 plan participants, began investing in real estate around 1990 and has grown that portfolio to about C$17.8 billion as of March 31, 2013.

bcIMC began its push into private equity around 1995 (after a few small commitments through funds of funds). The system got into venture funds through the late 1990s, and buyout funds around 1995, he said. The institution began to deemphasize its focus on venture in 2000.

“There was a realization that the private market is generally very large and we wanted to be exposed to all sorts of companies and various stages of the companies,” Pearce told me during a phone conversation from his car. He had pulled over to the side of the road to chat for a while, on his way to Victoria on Vancouver Island. “It’s beautiful here, you should visit,” he said.

bcIMC’s targets to asset classes depend on client preference, but in aggregate hover around 6 percent to 7 percent in private equity; real estate’s target is 18 percent to 20 percent and infrastructure is 6 percent to 10 percent.

Team player: Pearce has strong views about the role bcIMC plays in private equity. The organization wants to be a partner to GPs, and doesn’t have aspirations about being a major direct investor like other Canadian institutions like Canada Pension Plan Investment Board, he said.

“We like associating ourselves with really quality GPs,” Pearce said. “We can be a really good strategic partner for these folks. … We pride ourselves in being very professional, very nimble. … We don’t get in the way of the GPs.”

However, bcIMC, like many LPs, has appetite for co-investment, and that appetite will only grow. The organization plans on expanding its investment team to enhance its co-investing capabilities.

One GP who works with bcIMC said the organization is a reliable co-investment partner with the always-appreciated ability to make a quick yes or no decision on joining a co-investment.

PE strategy: bcIMC’s private equity group is run by senior vice president Lincoln Webb, who has a team of seven investment professionals. Recent commitments include new relationships formed with Bain Capital and FountainVest Capital, as well as re-ups to existing partners, including Apollo Global Management, Advent International and BC Partners, according to information provided by bcIMC.

bcIMC focuses on large and mid-market buyout across the global, and to a lesser extent pursues distressed and restructuring, mezzanine and growth strategies.

Like many LPs, bcIMC has backed away from venture capital because of “a poor return environment,”according to Gwen-Ann Chittenden, a spokesperson for bcIMC. It continues to monitor the venture world, but is “more interested in growth strategies than early stage venture,” Chittenden said.

Another area bcIMC avoids is secondaries. “We seek to partner with core groups on a long-term basis, and feel the value of legacy positions is maximized through internal management,” rather than sale at deep discount,” Chittenden said.

What’s next: After more than 30 years of working in the capital markets, Pearce said it is time to transition into something new. What that means at this point, he doesn’t know.

“I would like to do something different,” he said. “I love the capital markets. I spend a lot of time thinking about capital markets and governance, but I don’t travel so well anymore. Less travel would be fine.”