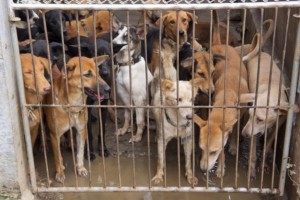 Here we go again: President Obama to send up to 300 soldiers to Iraq as ‘advisers.’

The annual dog-eating festival in the city of Gulin, in the Guangxi region of China, is being put on a short leash as much of the world looks on in horror and the Chinese government advises a low profile.

This is another way to go: Velveeta recalls its cheese-like product from Walmart stores in 12 states because it lacks the proper amount of preservatives.

Companies in Europe have been turning to alternative lenders to step in for banks, but so-called ‘shadow lenders’ may be more aggressive in taking over businesses.

A Congressional committee has warned U.S. investors about investing in Chinese companies like Alibaba that use ‘precarious’ complex legal structures to allow foreign shareholders that are only enforceable in China.

The slow recovery of Rwanda years after genocide could serve as a model for Iraq.

Two major studies have identified mutations in a single gene that protect against heart disease that could lead to development of new heart drugs for the first time in decades.

I find commercials with a political message generally annoying — if you’re selling me a soda, leave your politics at home. Better yet, I’ll watch Netflix and avoid your sales pitch all together! Here’s a shampoo commercial that wants women to stop apologizing so much.

General Motors, which has had what can only be described as a bad 2014, had developed an app for Chinese drivers to text angry messages to the driver who just cut them off by scanning their license plates.

Skynet? Computer scientists, not heeding the lessons of science fiction, have created a fully automated computer program that teaches everything there is to know about any visual concept.