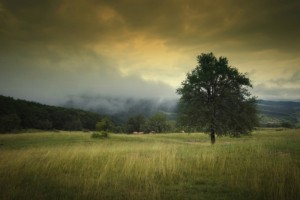 Still sad today about Robin Williams’ death. For many of us, he was a part of our lives, linked in memories of childhood as we grew up watching his work. For me, Dead Poets Society will always have a special place.

Williams’ apparent suicide is a reminder that depression can strike down even the most successful, talented people. Around 90 percent of people who commit suicide suffer from some form of mental illness. And while depression can be a lifelong battle, suicidal impulses are temporary, making it imperative to reach people on the verge in time. Reddit added suicide prevention links to its Robin Williams AMA from last year.

Twitter admits about 23 million of its users are bots, which are not spam accounts, but are generally not supported by human users once they are set up.

A Spanish priest became the first European to die from Ebola infection. The Spanish Health Ministry had obtained doses of an experimental drug that had cured two Americans of the disease, but it’s not clear if the priest received the drug.

Yo has released a new version of its app, including allowing easier access to opening links and adding hashtags for users to express their passions.

A new study found the U.S. Securities and Exchange Commission went easy on companies that were big political donors.

Uh oh: Russia is sending a convoy of 280 trucks for ‘humanitarian aid’ purposes to Western Ukraine. Ukraine says Russia has gathered 45,000 troops on its border and NATO believes there is a high probability Russia could intervene militarily.

A hacker figured out how to fry her hair dryer with a radio.

Barney’s will pay $525,000 and hire an ‘anti-profiling’ consultant for two years to resolve allegations that it profiled minorities as suspected shoplifters at its flagship store.

The FBI has opened a probe into the police shooting of an unarmed black teen in Ferguson, Missouri, as vandalism and unrest rocked the area for the second night.