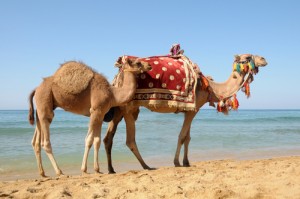 Happy Hump Day, everyone! I have to say, my son cracks up over Geico’s hump day commercial with the talking camel. However, my 11-year-old’s understanding of hump day is not the same as the rest of us when it comes to getting through the work week, as defined by Urban Dictionary. NBC Bay Area knows why we love Hump Day so much.

There are plenty of takeaways from the story of how AOL CEO Tim Armstrong fired an employee during a meeting and then apologized. For instance: Don’t do that kind of stuff in a staff meeting. Don’t photograph company meetings. Don’t piss off the boss when he’s in a sore mood. Then there’s the question of the fate of AOL itself, which is undergoing layoffs, management changes and still trying to find its place in the current digital age.

Now is a good time to be a college student. Especially if First Round Capital is giving you money to invest. TechCrunch has the story on how the Philly firm is expanding its Dorm Room Fund.

It’s been quite the wild ride for Zynga over the years, hasn’t it? The COO is the latest to leave. It’s probably time the company offered some kind of gamification incentives to lure new executives before it’s too late.

This is no joke. As ValleyWag (remember them?) reports: Bryan Goldberg from Bleacher Report fame launches Bustle.com.

LinkedIn Still Rules! That’s at least according to a survey reported by Forbes.

From VentureBeat, so you want to be a venture capitalist?

On Monday, I said MyFitnessPal raising $18 million was a noteworthy deal, since it indicates a hot trend of quantified self companies that are growing fast and raising VC funding. The trend continues. Late yesterday, TechCrunch reported about a regulatory filing that Fitbit raised $43 million. Last month, San Francisco-based Rock Health reported wellness is one of the dominant and competitive areas in digital health. (Full disclosure: I’m a Fitbit user.)

If you’re in San Francisco next Wednesday and need something to do, one of the hot tickets in town is this ReadWrite mixer in which Owen Thomas, editor-in-chief, is interviewing entrepreneur-turned-VC Keith Rabois. I’ll be there.